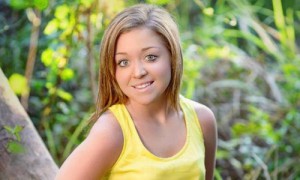 Boy, some topics just pile in the emails. Some people are just in denial about charging teens for having sex with someone a few years younger under 18. Kaitlyn Hunt of Indian River County was charged with two felony counts for having sex with someone 4 years younger. If convicted, she would be given a sentence ranging from probation to 15 years in prison and have to register as a sex offender.

In Virginia, the police wanted to force a 17-year-old to have an erection so they could charge him with sending a picture by phone. This case provoked national outrage. Why? A 17-year-old boy was charged with “manufacturing and distributing child pornography” by the Manassas City Police in Virginia. It was allegedly himself. This is called Sexting and it is a serious problem that is harming teens and their future.

Then there is the story of an 18-year-old boy on prom night in a hotel room with his 17-year-old date and she takes a picture with his phone of them naked standing in front of a mirror with his hands covering parts of her body. Police find the picture and then the girl is forced to testify in court. This is just getting nuts and the abuse this is now inflicting upon kids has become outrageous.

The emails have poured in from around the world. Everything from people talking about how their children have been abused by these crazy laws to how I am wrong and just make up this stuff. Here’s a good one. Not sure what planet these people are on.

Bullshit again Martin. You might have heard the story but it ain’t true.

Why do you play with lies and half truths ? You are destroying your credibility except with the idiots and conspirators.

This subject has been white-hot for decades yet it has not been reported. In Europe, there were even two sets of rules. The age of consent for gay men was set at 21 compared to 16 for heterosexuals in Britain back in 1967. The consent age has declined in Europe where people saw sex has become more common at a young age. It has generally dropped to 16. Even the academics are arguing the consent age should be dropped to 14.

Today, Shakespeare’s Romeo and Juliet would be classified as a crime in the USA. Scotland has the most sensible laws. In Scotland it is also 16 for consent for both genders but used to be 14 for boys before 2010. In Scotland consensual sex with a person aged 14-16 is not statutory rape so long as the older partner is no more than four years older, then it is a lesser offence of “sex with an older child”, but it is still an offence. Before 2010 the age of consent in Northern Ireland was 17, now it is 16.

There is a huge difference between child molesting that we all envision of some guy kidnapping a 7-year-old. Convict those people and put them in a normal prison and the inmates will kill them. But the problem is how to write a law? If you take the legal age of 18 and an 18-year-old has consensual sex with a 16 year-old, it should not be a crime nor should their lives be ruined having forever to report as a child molester, They should not be traumatized by police who are themselves then sexually harassing kids to get naked or have erections for evidence in court. They will routinely kill child molesters in prison so you do not want to send kids to prison for such crimes. Scotland’s rule of also including the age difference makes sense. It should be adopted in the USA forthwith.