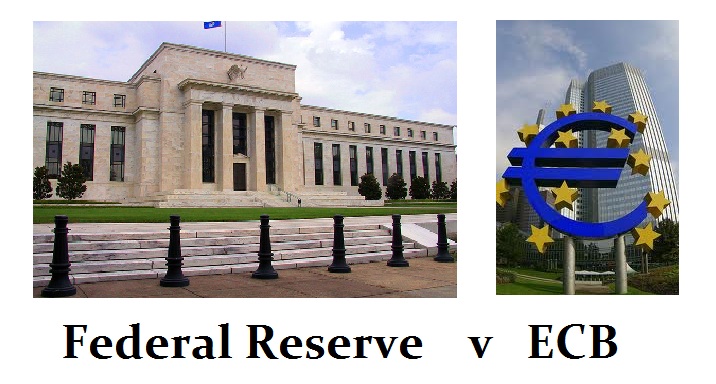 While the world has been watching Draghi and are surprised at the dissent, at the same time the street tends to try to create hard fast rules to follow the Fed rather than the markets and economy. The thinking process seems to try to fashion fixed rules to approach the Taylor Rule. This is kind-of like a dog chasing its own tail. The Taylor Rule is supposed to indicate setting Fed policy based on inflation and an estimate of future growth trend. Again, it would be nice to be able to create a deterministic rule. The problem is it really does not work that way.

The Central Bank of Canada attended a conference in Toronto. They took ten seats. The institutions knew who they were and would ask me question what central banks were doing and then look at their faces after my response. They were as cold as ice. I went up to my friend there and said gee I hope I was not too hard on them. They said it was the best speech they had heard. They then commented they wished they could tell these dumb people they do not look at half the nonsense the market thinks they do,

There is no common agreement on which variable to use in the Fed. This is very much flying-by-the-seat-of-their-pants. The Fed is watching with open mouths the Eurozone approaching melt-down, money leaving Emerging Markets (A) because of poor growth or (B) because of geopolitical risks, Japan’s desperate attempt at QE for twenty-five years going down in flames and the dollar rising as US policy makers insist on looking at purely domestic issues, Any you really think you can qualify the Fed’s actions based upon the mythical Taylor Rule alone?
The Euro bounced on the ECB press conference where the anticipated QE appears to have been delayed, Meanwhile, we are watching peripheral debt suffering as a result and a higher Euro will devastate the budgets even more. Indeed, a rise in the Euro will ensure there may be bankruptcy in the wind. We are seeing German Bunds holding in as Italian BTP’s trade wide. As a trader it just feels like all Central Banks are in search of a descent excuse rather than a remedy! At this point, it appears everyone is flying blind. Do not go gentle into that good night, the disconnect between fiscal and monetary policy is our doom and it will burn and rave at close of day; Rage, rage against the dying of the light.

« Energy – Igniting the Old Texas-New York Arbitrage?
12298 is Closing Support for the Euro »