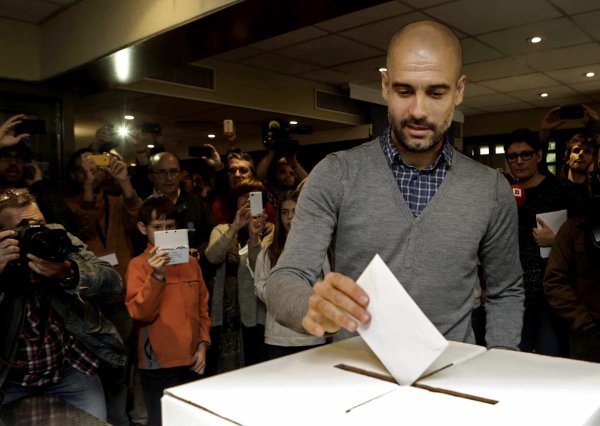 Brussels is going to have to send in tanks and wage war against the people of Europe to keep their bureaucratic jobs. Queues at the referendum on the independence of Catalonia from Spain have demonstrated that you can rule against the people to try to silence them, but that authoritarian rule of Brussels is starting to fail. You can fool the people only so long – eventually the truth surfaces.

Despite a court order forbidding Catalonians from voting, more than five million people have cast their votes on Sunday in a classic show of resistance to Brussels. The people have participated in the “non-binding survey” since the court ruled they were not allowed to vote in a pretend democracy. This now will put pressure on Catalonia’s Vice Prime Minister Joana Ortega in Barcelona.

The Spanish Constitutional Court had the referendum actually prohibited by a constitutional challenge to the central government. Madrid was powerless to stop the “non-binding survey” and the regional government had not taken part in the organization of the vote. Nonetheless, the will of the people is being heard – down with Madrid and Brussels – FREEDOM!

There were more than 1,300 polling stations in the region. More than 40,000 volunteers had set up polls and accepted the ballot. Around 5.5 million voters over the age of 16 were able to participate by presenting their identity cards in the survey. They were able to answer two questions: “Do you want that Catalonia is a country? If so, this country should be independent? ‘

Spanish Prime Minister Mariano Rajoy stressed that the survey will have no effect. “As long as I am head of government, the Constitution is respected,” he reiterated.“No one will break the unity of Spain.” The prosecutor’s office in Catalonia initiated at the behest of the Madrid Attorney General’s investigation one, if the opening of schools and other public facilities for voting constituted a violation of the decision of the Constitutional Court.

Rajoy is certainly not a real representative of the people. He clearly has no business being in politics since he does not respect the people and only jumps to whatever Brussels demands.

There is a serious political crisis developing in Europe. The polls now show that the Germans  are becoming surprisingly skeptical of Brussels at last. Only 43% of German voters have confidence in the EU institutions. Only 38% believe that the EU Parliament even represents their interests. Confidence in Brussels is at all time record lows in Greece, Italy, and France as well. The establishment of a European Parliament has been a complete disaster. The timing has been amazingly in sync with the ECM model.