Capitulation by the Gold Bulls?

QUESTION: Why is it that the gold press now refuse to ever interview you? It really seems to show that what they say is totally untrustworthy when they refuse to interview anyone who disagrees with them. You are the only analyst who said gold would drop to $1,000 when it was at least $1,800. They ignore you now like you never existed. Just so dishonest.

Thank you for the education. I see why the major institutions used you and not these charlatans. 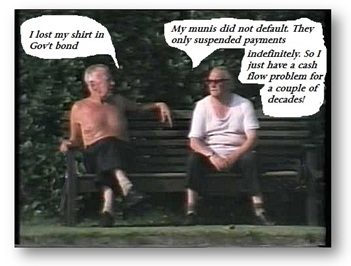 ANSWER: Of course, whenever someone has only one product to sell or tout, be it gold or bonds like the bankers, you will NEVER get an objective analysis and you can bet you will lose your shirt in the end. The one thing I learned at an early age that inspired me to begin analysis, was that NO investment was immune from the Business Cycle,  I saw the rare coin market collapse in 1966. The stock market crashed then as well. I tried real estate and watched that collapse going into 1970. I soon discovered that nothing but nothing was immune. 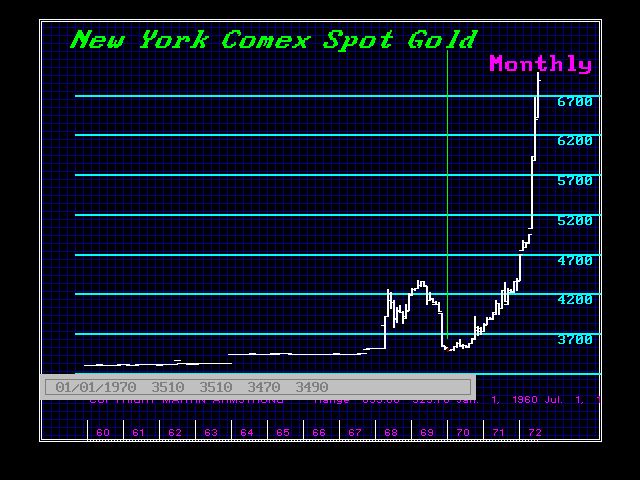 Now look at the above chart of monthly cash gold. In January 1970, gold fell BELOW the fixed Bretton Woods value of $35 reaching $34.70. The fundamentalists said then gold could never fall below the gold standard price. They were dead wrong then as well and you will see them dead wrong right here and now for they are always wrong. Markets move to extremes and MUST do so. The fall below $35 takes place before the bull market can begin. We MUST see this same thing right now. The Goldbugs MUST be totally devastated in order to create a REAL bull market.

Any analysis MUST be practical and worldly. If it is not, it will be worthless. No matter what model you use, if there is simply a domestic perspective it will fail. If there is a further isolated perspective in one market only – it will really fail.

For years, people have been touting nothing but gold as the hedge against hyperinflation as if that was actually arriving on the next train. Then they have said they are Contrarian investors, but in fact, this is the same stuff spouted out following the 1980 high when they swore new high would be made any day now. Unfortunately, way too many people have bought this nonsense and they seem to just take the same rantings for every commodity bull cycle and prognosticate the future ignoring any decline for 19 years in the past.

True, the Goldbug press loved to interview me until I said gold would drop to $1,000. After that, they stopped calling for interviews demonstrating that they too are anti-free press and only seek to air those who will preach the same nonsense. When gold fell, their forecasts jumped even higher with some then saying no $30,000 was not high enough it would not go to $50,000. Then anything that takes place is always a conspiracy against only gold.

Gold is NOT ready for prime time. The average person on the street remains clueless that there is even a debt problem. They watch sports and can tell you names of players but not even the name of their own Congressman. Until that changes, the REAL purpose of gold as a hedge against government will not come into play.

« A Giant Waste of Time
If This is Not DEFLATION – Nothing Is! »