Capital Flows Are Obviously Not Understood By Many 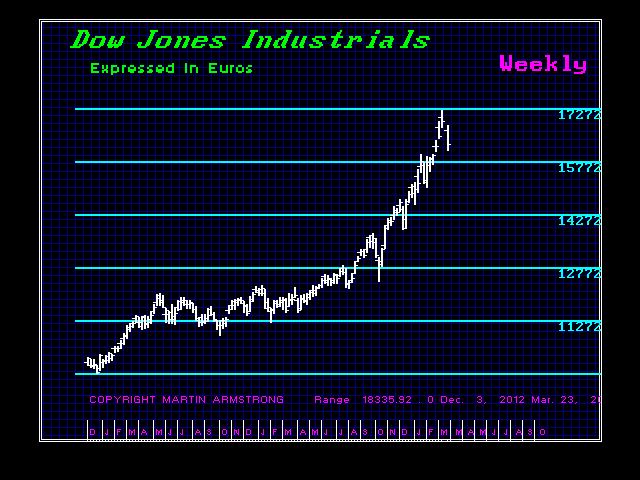 The capital flows have already shifted. It is amazing that people remain trapped in their little world of nominal terms. One comment “The US economy has clearly stalled, while the $DAX and the $SSEC have broken out. This is interesting because I know you were expecting a huge capital shift FROM Asia and Europe, but that doesn’t seem to be happening right now.” Truly amazing that they look at the Dax and the Dow and conclude capital flows are to Europe. The Dow to a European has been in a bull market. In fact, it has been the capital inflows which have caused it to hold up when domestic people keep claiming the end is here. At the beginning of this year it was stated that the Dow would not breakout to the upside before May and that was this very battle taking place in the currency – the decline in the Euro would provide support against domestic selling. 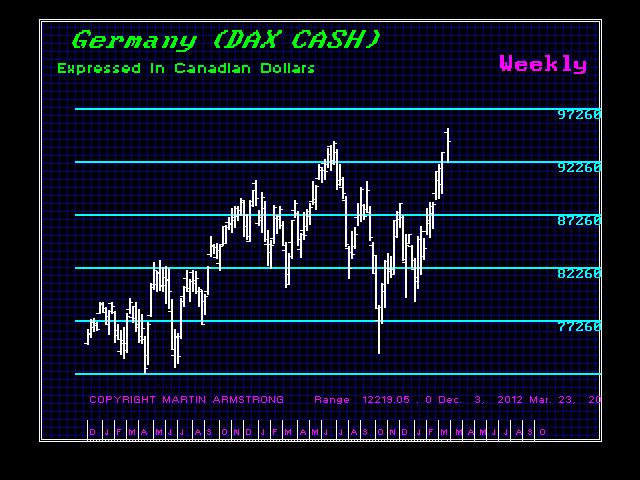 Even in Canadian Dollars, the DAX is just getting back to the former high. The DAX rally in nominal terms is internal with people moving cash within Europe to the DAX.

The big shift will not unfold until the crisis becomes more acute after 2015.75. As far as the US economy booming, no sorry, even with the capital inflows it will not reverse the gradual economic decline. This is a dead cat bounce for the economy on this rally. Plus we have a shift in technology that reduces costs for companies but results in rising unemployment in various sectors.

Here are the capital flows currently tracked by our computer with data from around the world. I find it amazing how people try so hard to prove me wrong and revert to the same opinions that have dominated the markets for decades. It’s OK. We need people on the other side to trade against to make any money.

Sorry – the crack in Global confidence is not NOW – that starts from October for the next 4 years. It will not even be a one day event so the haters will instantly say you are wrong for the world did not end October 1st. This is a bubble in government – NOT the markets. So we should NOT see a profound event in market to that day alone. 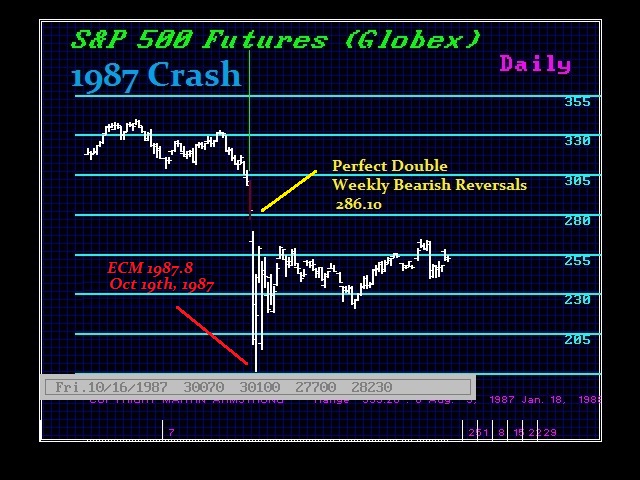 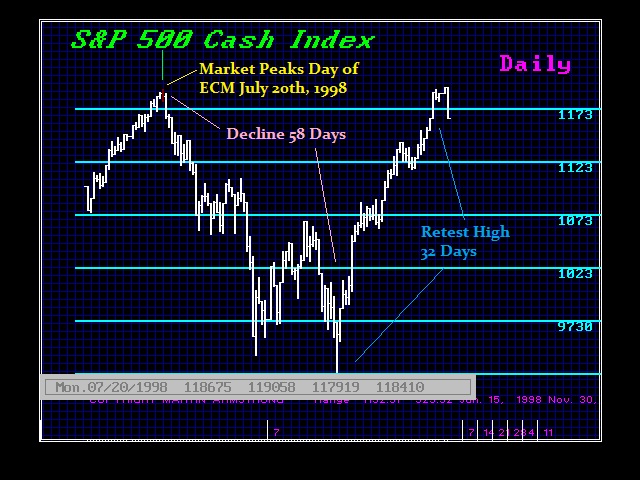 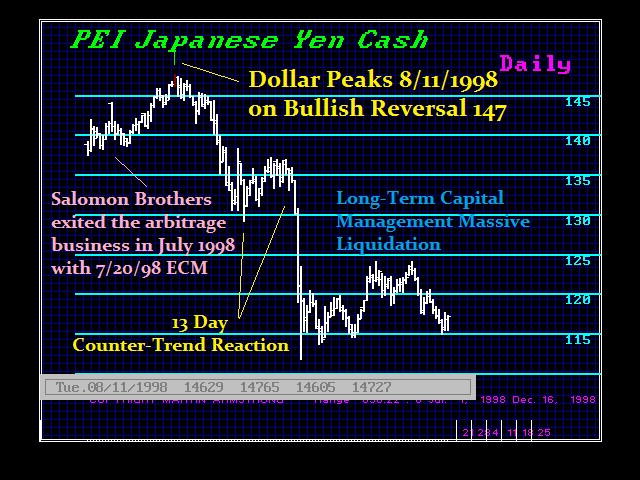 « Comment from Iceland
The New Economy on the Horizon »