Canada Warns its Citizens Not to Take Cash to USA 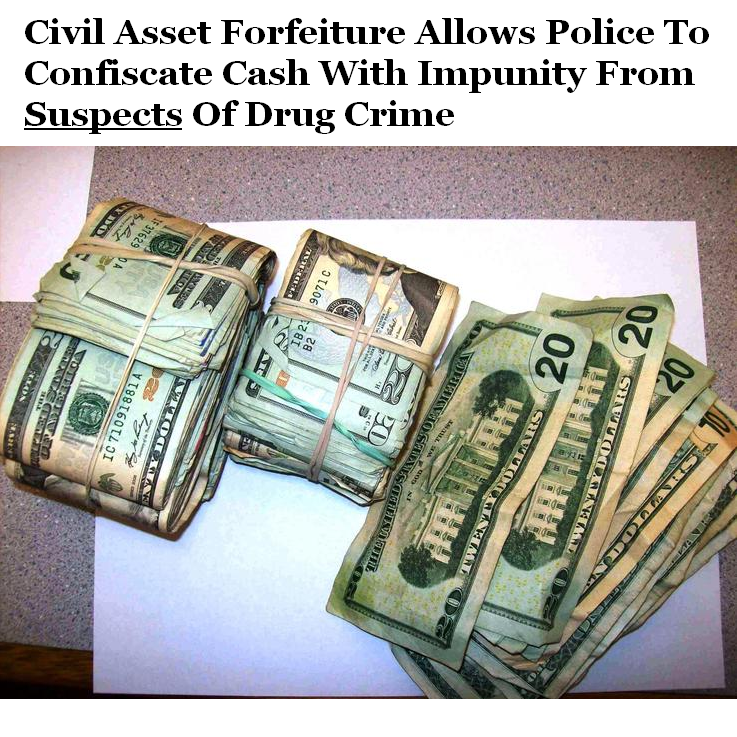 The Canadian government has had to warn its citizens not to carry cash to the USA because the USA does not presume innocence but guilt when it comes to money. Over $2.5 billion has been confiscated from Canadians traveling to the USA funding the police who grab it.

If you are bringing cash to the land of the free, you will find that saying really means they are FREE to seize all your money under the pretense you are engaged in drugs with no evidence or other charges. It costs more money in legal fees to try to get it back so it is a boom business for unethical lawyers to such an extent that only one in six people ever try to get their money back and the cops just pocket it. That’s right. Money confiscated is usually allowed to be kept by the department who confiscated it. This is strangely working its way into funding police and pensions. This is identical to the very issue that resulted in the final collapse of Rome when the armies began to sack cities to pay for their pensions. We are at that level now with respect to seizing whatever they want knowing you will have to spend more in legal fees to assert your rights that do not really exist.

Those trying to flee tyranny elsewhere can not bring money with them for the police get to take it on this end. This pretend war on terrorism is really a wholesale war against the people. It serves as the justification to seize whatever they desire ever since 9/11 as reported by the Washington Post.

« Sunni v Shiite Civil War in Islam – Drawing The World Into Another Crusade – Precise with War Cycle
Plight of Germany – Down For the Count? »