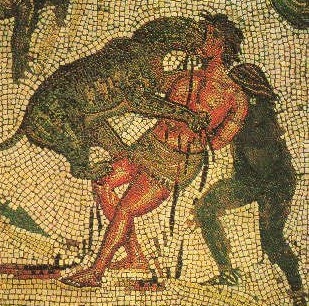 Women’s rights and religious leaders are all upset because the Canadian Supreme Court struck down in the entirety the anti-prostitution laws. What they fail to comprehend is that laws will never stop human nature. You cannot legislate religion. One person’s belief is another’s persecution. The economic decline of Rome was blamed on the Christians for they offended the gods by their non-belief. The worst persecutions of Christians was during the economic collapse of the 3rd Century. When an economy collapses, they always blame some minority be it race, foreign immigrants, or religious sects.

Indeed, bathing fell out of fashion with the fall of Rome and was not reintroduced into Europe until the crusades. Why? It was associated with the bathhouses that became brothels when prostitution was made illegal.

Prostitution has been around for thousands of years. Here is a Prostitute Token from Rome 1st Century AD when it was made illegal to pay a prostitute with a coin that had the image of the Emperor, which they all did. That regulation failed as prostitute tokens have been found even in Britain. Only a fool would actually believe they can legislate morality. All that will happen is you create a black market. The War on Drugs will never end just as the attempt at creating Prohibition funded the Mafia by creating a profitable industry. The whole Roaring ’20s involved the Speak-Easy.

Prostitution, like alcohol, should be legal and regulated for the very safety of society. I was standing on the corner at Central Park in front of the Plaza Hotel waiting for a friend during the middle of the day. This very young girl came up to me and asked if there was anything she could do for me. She looked so young at best 14 yet dressed in jeans and sneaks rather than in the traditional high-heels and short black-leather skirt that seems to be the uniform in NYC for the street solicitors where prostitution is illegal. Because of her age, I thought she must surely mean something else; yet I had no idea. I wasn’t in a car so she didn’t want to wash my windows. I said no – I am OK. She asked again. Then the doorman came over and yelled at her get out of here. She cursed him and walked away. I asked him – was she a hooker? He said yes. She bothered the clients there all the time. She was probably a run-away. If prostitution was regulated, the girls would be medically taken care of and you might reduce the run-away trade. No law will ever eliminate human nature be it prostitution, alcohol, drugs, speeding or right down to not paying taxes. If we didn’t lock more people up for non-violent acts than China, Europe, and Russia combined, we might have money available to help runaways.