Can The Dow Correct for up to 5 Months? 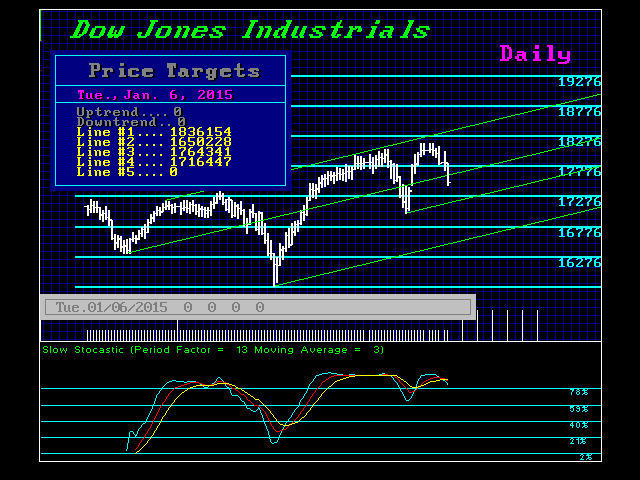 A weekly closing in the Dow Jones Industrials below 17722 will confirm that the January correction where we have had that Panic Cycle due in the middle of the month is in play. This will open the door to a retest of the 16300 area. Keep in mind that we did NOT achieve the year-end closing ABOVE 18500. That left the Dow in a position that warned the Phase Transition just might be postponed until BIG BANG – (2015.75-2017)

There is now a potential for up to a 5 month correct into May. This may be the real driving force behind sending heaps of capital flooding into the bond markets on the flight to quality scenario. If this unfolds, we should have a really wild bubble for recessions are created by a stock crash. However, moving into a bond crash wiped out the capital formation. This is why the 2007-2009 crash was so devastating. Bonds are where MOST capital resides – not equities. The swing into equities REQUIRES a swing out of bonds. That is what BIG BANG will be all about.

So for now – CAUTION is advised in stocks. Pay attention right now for we may be in a phase transition in bonds.

« The Bond Bubble – Confirmed
Bear Market or Treading Water? Getting All the Ducks in a Row »