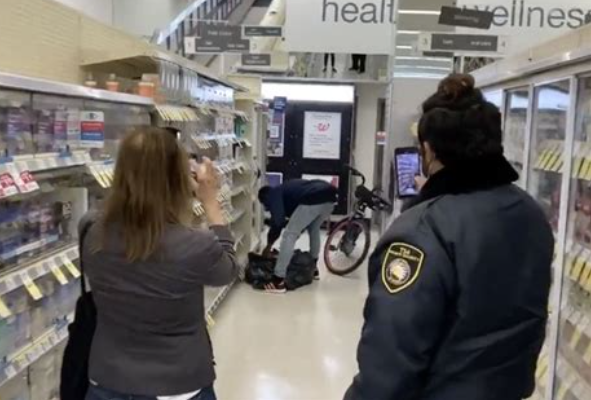 California has infected the United States as a whole for its insane policies have led to contagions that have unleashed a serious crime wave nationwide. Just Google “Shoplifting in San Francisco” and you will find more than 100,000 hits. This has become a real contagion spreading nationwide. You will also find many YouTube videos showing people just walking in and stealing whatever they want. This has escalated to whole gangs walking into an SF Walgreens or CVS and actually emptying the shelves. They are not prosecuted and they just walk out. At least one thief rode their bike into the store and departed the same way.

What is erupting is many current and former CEOs have issued warnings that this crime wave in California has spread to New York and many other cities. They are warning that this increase in retail thefts across the United States will contribute to INFLATION forcing higher prices, but it is also impacting areas as stores just give up and close. In fact, in June of 2021, nearly 50% of small businesses remained closed. Walgreens has been closing down stores in San Francisco on a grand scale. Between this and all the illegal aliens learning they do not have to pay for things in San Franciso, what was a nice safe city has turned into a place that is no longer the hot spot for tourists.

Perhaps this is given new meaning to Tony Bennett’s hit song – I left My Heart in San Francisco.