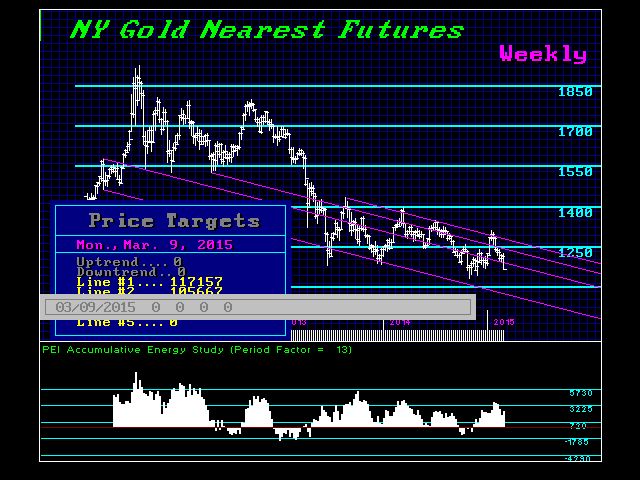 Gold appears very weak in terms of dollars and so many people now are writing off the goldbugs are just irrelevant as if they were the people who refused to adopt the Gregorian Calendar which made January 1st day one rather than April 1st for the start of every year. Their prejudice against the Pope led people to call them “April Fools” for celebrating New Years on April 1st rather than January 1st.

Yet when we look at our energy model on gold in dollars, it still shows that we are in positive territory, not negative yet. So the collapse to our targets may indeed wait until the timing on the Benchmarks has coming into play as we laid out in the 2014 International Precious Metals Outlook report. The Weekly Bearish Reversal is 11340 and resistance starts at 1171 with support at 1056 for right now. 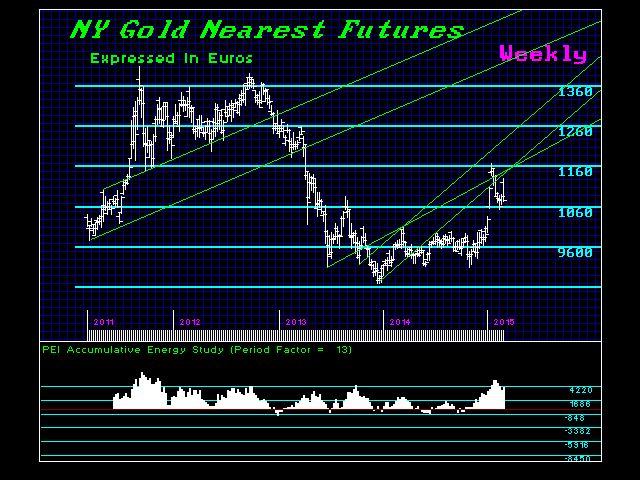 Now, let us look at gold in Euros. Here we see a spike rally on our energy models and this is warning that gold is topping out in Euros as it seems to flounder in dollars. So caution is still advised here. Once the Euro reaches a temporary bottom, we may then see gold turn back down in Euros rather hard. Here we have Weekly Bearish Reversals at 972, 966, and 958. We are currently trading at 1097 in Euros ($1151 and 1.0490).

Our computer is monitoring everything in every currency on a global basis. It is hard to even say how man y combinations are being considered. What I can say is this is far beyond what any human is capable of doing. We are entering a new era where analysis will only be possible by self-aware systems for the variables are mind-numbing. AND ALL OF THAT DEPENDS UPON LEARNING. This is why we need databases extending back thousands of years. Trying to build self-aware systems with data even just a 100 years in depth is like trying to claim Global Warming is caused by man since they dare not look past 1900 to see if there ever were previous rapid climates changes. You need the full range of data – not just pieces.