QUESTION: I was recently in London and the discussion turned to you. It was suggested that Warren Buffet was behind trying to destroy Princeton Economics after you cost him on his billion silver deal. Do you think that is true?

ANSWER: I have no idea. I know people reviewed the case in London and relayed to me that the whole thing looked like it was “stitched-up”. It is hard to ignore the fact that the contracts were buying portfolios – not solicitation for managed accounts. I do believe there are two faces to Buffet. As far as his involvement in the Princeton affair – I really have no idea. All I can say is the press love to paint him as the White Knight and he claims derivatives are weapons of mass destruction. Yet, he plays far outside the field of equities as the $1 billion silver fiasco demonstrated. However, Buffet is no way a plain equity-value investor and why the press looks the other way is anyone’s guess. Here is a document from a court proceeding with the Bates number attached from Bloomberg News. It states what is known that Buffet travels in circles different from the image portrayed. What that means, is anyone’s guess. 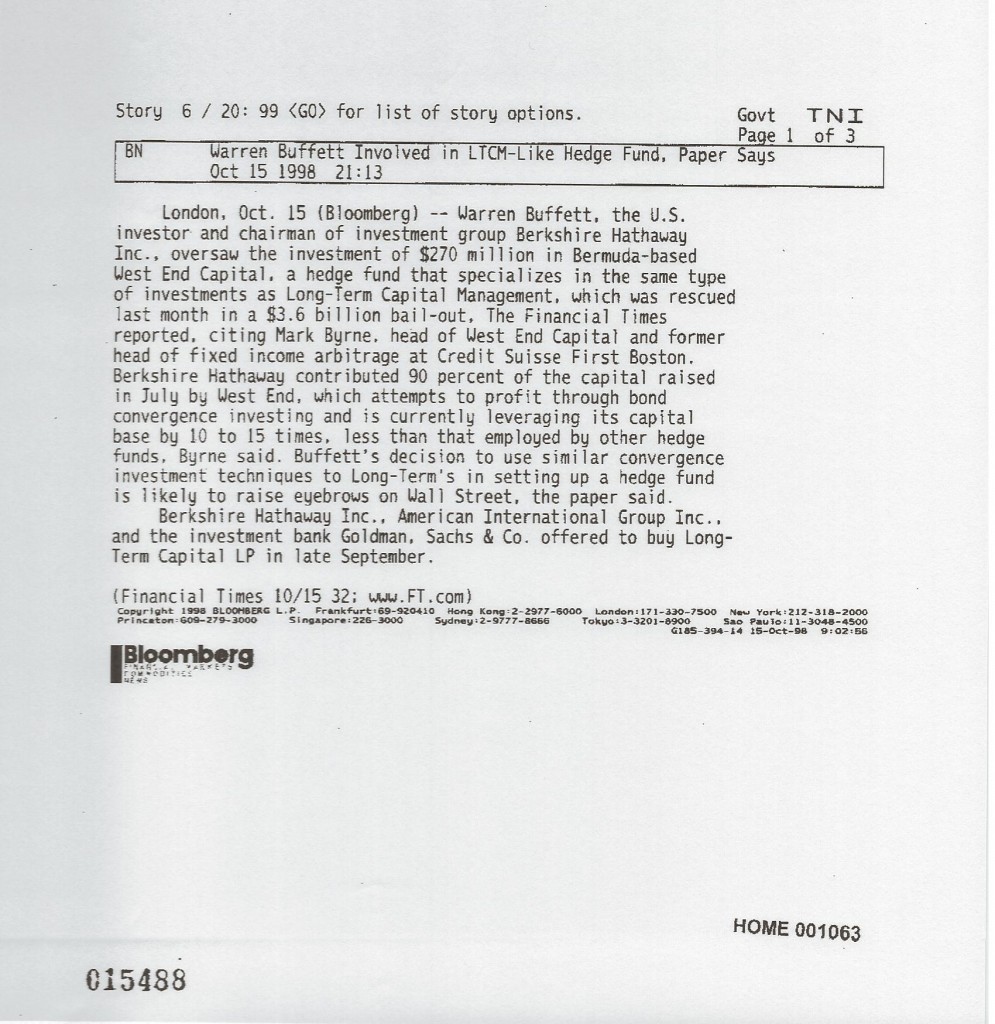