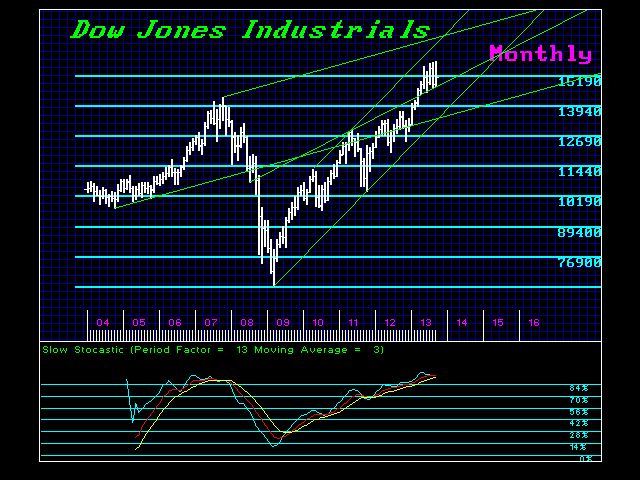 The Amazing thing is people are already talking about this is a BUBBLE that is unsustainable. They are now claiming household income is down 4% yet the S&P 500 is up 70%. They are incapable of any real analysis. The RETAIL investor is NOT involved in this market. There is no wild speculative fever. They are obsessed with this being a bubble purely based on new highs with no regard for the pattern.

There has to be a Phase Transition for a Bubble. That requires a near doubling in the value within often the last year. We have new highs in the DAX as well. Why? Is the European economy doing well? No way!

Capital is fleeing from PUBLIC to PRIVATE. This is capital preservation – not wild speculation. Pension funds are moving into equities. Central banks are even putting out their reserves to be privately managed. The IMF is proposing taking 10% of all accounts in a bank in Europe. They are arguing for a SuperBank in Europe that will have the power to directly tax people in Europe and no nation can stop them.

HELLO! Just where is the wild speculation these people are yelling about that make up a bubble?