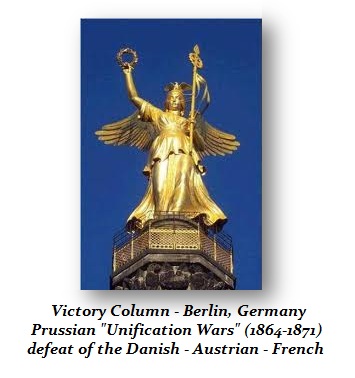 Conspiracy theorists have been arguing that there is no gold in Fort Knox for years. Well, they have not been alone. Sister groups have existed in Germany, France, and even England. The Handelsblatt newspaper reported following rumors that have been circulating in Europe for months that Germany’s central bank will now recall much its gold bullion stored in vaults around the world. Yes – including those at the Fed in New York City.

The Bundesbank is holding a news conference Wednesday morning where according to the paper it will announce a reshuffle of where it keeps its more than $180 billion worth of gold. Currently, the US Federal Reserve stores 45% of the total 3,396 tonnes in Manhattan and rumors suggest that the Bundesbank wants much of it back (1500 tons) because the Fed refused German officials a viewing of the bullion a couple of months ago. Those claims of a denial of inspection have been wild rumors. The Bank of England has 13% in London and the Bank of France in Paris 11% while the remainder is held at the Bundesbank’s headquarters in Frankfurt. Most of Germany’s massive reserves have been stored abroad since the cold war amid fears of a Soviet invasion – interesting timing!.

The Bundesbank came under public pressure last year when Germany’s independent federal auditors’ office concluded it had failed to properly oversee its gold reserves. The auditor even accused the central bank that it failed to carry out regular inspections of the gold held abroad to verify its book value or change the reserves’ management. The auditors’ report shocked Germany, where the Bundesbank routinely tops polls of the nation’s most trusted institutions. The Bundesbank fired back stating that “there is no doubt about the integrity of the foreign storage sites”.

Nonetheless, it has been the conspiracy theorists who have been desperately trying to prove there are no gold reserves in hope of sending gold prices to $30,000 an ounce. This debate on the gold reserves, may indeed now shift a return of reserves to there respective countries. The problem that emerges, what if they are wrong and the reserves are there? Will this create a 13 year high and dull the luster of gold? There are always two sides to every coin.

These are the last vestiges of the old Bretton Woods Days. It is no longer necessary for any central bank to keep its gold reserves anywhere but home. Gold has lost its luster as any form of “official” reserve currency or required to redeem international demands to exchange its currency. The trend should now emerge with the recalling of gold reserves to come home from most nations. Under the current system, they are obsolete. After the Sovereign Debt Crisis – well that will be another story altogether.