The War Cycle is doing what it was intended to do. I have warned that this is going to be much worse that the previous cycles building in intensity and broadening to a global perspective. It appears that the economic decline and abuse of government has led to massive tension and this will be manifest in both civil I have reported that the US funded these very rebels and the whole Benghazi Affair was about killing the diplomat for being an arms dealer. The whole idea was to overthrow Syria to get a pipeline into Turkey to compete with Russia. This was the entire brilliant idea and the Saudi government believed it could control these people. This is out of control and what is emerging is a whole new Islamic State of Iraq and Syria. This is a religiously driven militant group that is taking over city by city carving out a new Islamic State implied by its very name.

The sad truth about American foreign policy is starting to rise to the surface. Might does not make it right. This is what Saddam Hussein kept religious fanaticism in check. The glaring lesson of the war is that American ground invasions destabilize the Middle East, instead of stabilizing it. The 100,000 Iraqis who perished, the 4,500 American soldiers killed and the $1 trillion spent and the unfunded healthcare of the veterans is all coming home in a dramatic way. We have seen the sweeping militarization of American foreign policy that has destroyed the image of the United States outside the nation. Instead building bridges to peace, all the American restraints upon force have failed us setting the stage for a much more dangerous world with a far weaker stabilizing force politically. 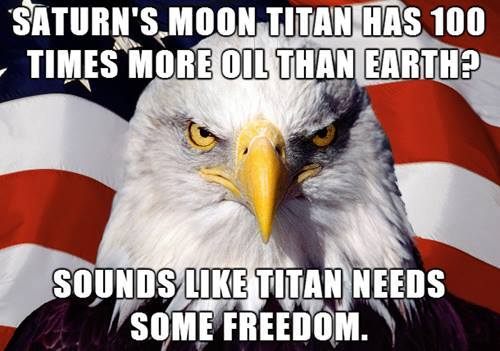 The United States foreign policy is simply brain-dead. Dick Cheney lied about just about everything to do with Iraq. This has been nothing but corruption from the start right down to trying to put a pipelines through Syria. They sent no troops in to help Ukraine because there was no money on the table. Gaddafi, Hussein and Assad all kept order in place and the separation of church and state. We are now seeing in the aftermath the consequences of meddling into the affairs of other nations for profit.

ISIS is becoming a proto-state that is its own sovereign entity in the mind of its forces. The brutal brand of Shariah law enforced by ISIS includes beheadings and amputations. It appears that they are turning away from trying to overthrow Syria and instead are just carving out a new country from both Iraq and Syria.

While the official story has been attributing their funding to the seizure of banks, this does not explain their arms to seize the banks. That funding came from the USA and Saudi Arabia. This is the bread-dead foreign policy that is coming back in spades. The more people play demigod with power grabs and manipulations, the greater the chaos they are creating that will only set up forces that will confront the very people who have funded such groups.

« French say 60% of National Debt is Illegal – Default Anyone?
Is Corruption Inherent in Any Organization? »