Bitcoin will be Capped at 21 million?

I am told that I will be wrong because Bitcoin has an arbitrary cap at 21 million so it cannot end up as the dollar. Sorry, if you cap it at 21 million and there are over 300 million Americans alone, just how is Bitcoin going to ever replace anything? That is the attempt of austerity and that cap would prevent it from ever being really accepted among any reasonable portion of society. Since bitcoin fluctuates in value, then why not just hold gold coins which are more acceptable worldwide. That is the value of gold above wheat and oil. It is the same quality on a global scale. That is gold’s strength compared to real estate, which is not a movable asset. Gold is the ultimate international asset for it is the same everywhere.

You can’t have it both ways. If bitcoin removes the cap to make it more acceptable, then you are back to the problem of the dollar – elastic money supply. Think through this whole problem seriously. You first have to understand the function of money and what it is and that does not include any store of wealth. 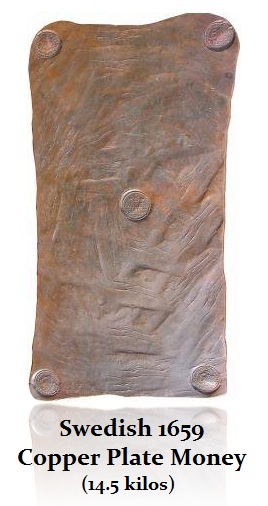 Why did banks issue paper receipts that eventually became paper money? Because coins were clipped and debased no less counterfeited. You deposited them in a bank and they certified you had good money. Nobody wanted coins for they had to inspect each one every time. That is why they invented milled coins with reeded edges to deter clipping. Look at a quarter in your pocket. That reeding is still there today. Money naturally became paper for convenience.

One of the first paper money issues by a government bank was in 1659 for this was representative money that was just too bulky to carry around. They did not use gold but copper in the form of plates weighing 14.5 kilos. Obviously, paper was much more convenient to transport than these slabs of copper. 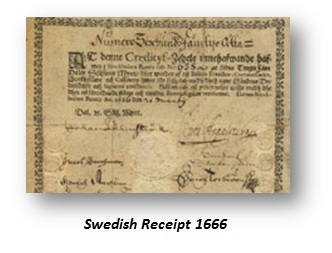