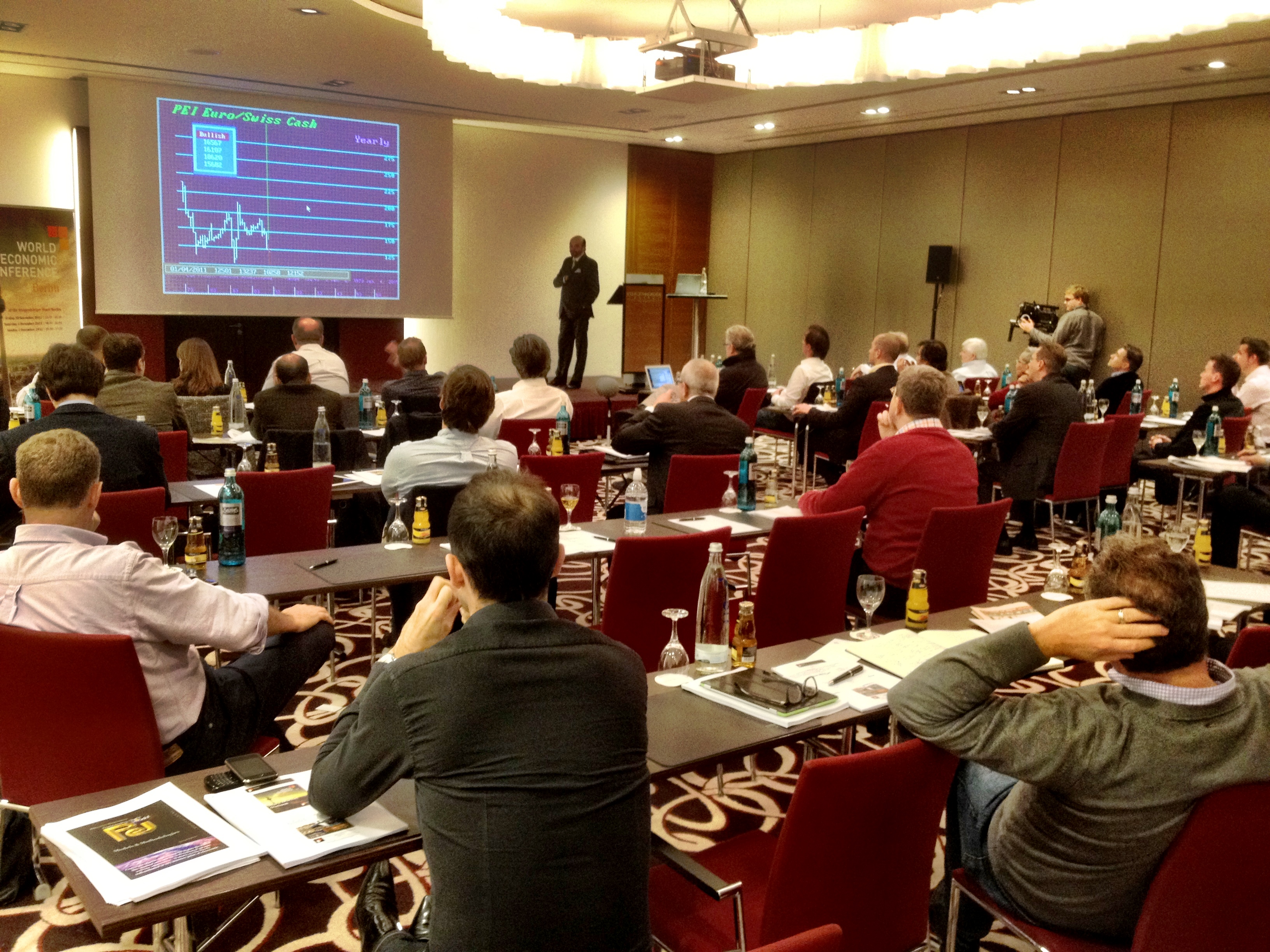 I attended your conference in Berlin which was a great insight into your works. However it still took me time to really understand what you have been writing as you foretold of what will happen with Gold. Whilst I took note I did not act and have had the best learning experience there is – I lost some money.

In your bulletin ‘German Bond Auction’ you said – …the trade maybe sell the German/buy American. Having not listened probably before I am now! – but can you be kind enough to clear this in my mind – is it that the yield (interest) on 10 year German Bonds will increase and the yield (interest) on USA bonds will go down. If so what would the best ‘instrument’ to make this trade?

Thank you for your great work

From someone who is getting ‘educated’

ANSWER: Yes. When the crisis begins to manifest, then rates will begin to rise. They will rise more rapidly in Europe for the EU is really shooting itself in the head and foot simultaneously. Their fiscal mismanagement and outrageous treatment of Russia is even courting war. You win the Russia people over with acceptance with free trade that will put the political pressure on their government. Being a hard-ass against Putin assuming the people will overthrow him has been a huge mistake. They now see the West as evil not the guys in the white hat. All they are doing is making the future far more dangerous for when the economy turns down from October, the finger-pointing will start. Our leaders are lawyers – not statesmen. Really – enough is enough with this power-ego-trip.

Those in government are really clueless and cannot see that the people are losing confidence rapidly in government around the world. Their day will soon arrive and when it does, capital will flee from their debt and that is when rates rise. They are even stupidly pushing Greece into default and when that takes place – oh boy will we have a contagion.

Even the proposals of Greece for reform leaves in place the crazy system of borrowing perpetually when there is no intention of ever paying down no less off national debts. Germany is by no means any different from the US and in fact economically it is far worse. Yet people think Germany is strong. That realization will come to a rude awakening after October. Why would grown people who are suppose to be educated ignore what is right in front of their eyes? They are lawyers use to writing laws who expect people to obey or they will imprison them. There is zero comprehension about human nature and they assume whatever is in motion will just continue forever. There is no one ready to step forward and say – hey guys! this ain’t gonna work!

So keep your powder dry. The time is coming. We will do a special SOLUTION SEMINAR that will be live streamed soon. We will review the Greek proposals and address the real problems and how band-aids will not work any more.