Beware the Cycle of War Turns Back Up Next Week

We have to be concerned that the Cycle of War turns back up next week. NATO has reported that Russian troops have now invaded Eastern Ukraine. In the Cycles of War Report we wrote that target will be November 19/20, 2014 (2014.8871) where we should see some escalation in activity. It appears this may be correct and on point. Caution should be advised next week.

Meanwhile, Russia’s long-range bombers will conduct regular patrol missions from the Arctic Ocean to the Caribbean and the Gulf of Mexico. Putin has been demonstrating Russia has the capability to invade Europe and America with aircraft. This is a  military a show of muscle reflecting tensions with the West over Ukraine. It is increasingly beginning to look like Obama has laid the seeds for World War III and a confrontation with Russia. His ability to wipe out both the Constitution and all the efforts to create world peace since Nixon are amazing. He will clearly go down as perhaps the worst American President in all recorded history.

Between Pakistan and India things are also not heating up. Taking a closer look at the region, we see cross-border firing between India and Pakistan is affecting ordinary people on both sides of the Kashmiri frontline. The two nuclear powers have been considered arch-rivals since they became independent from the British Empire in 1947, and have fought four wars since then. This is the divide distinguished by religion. 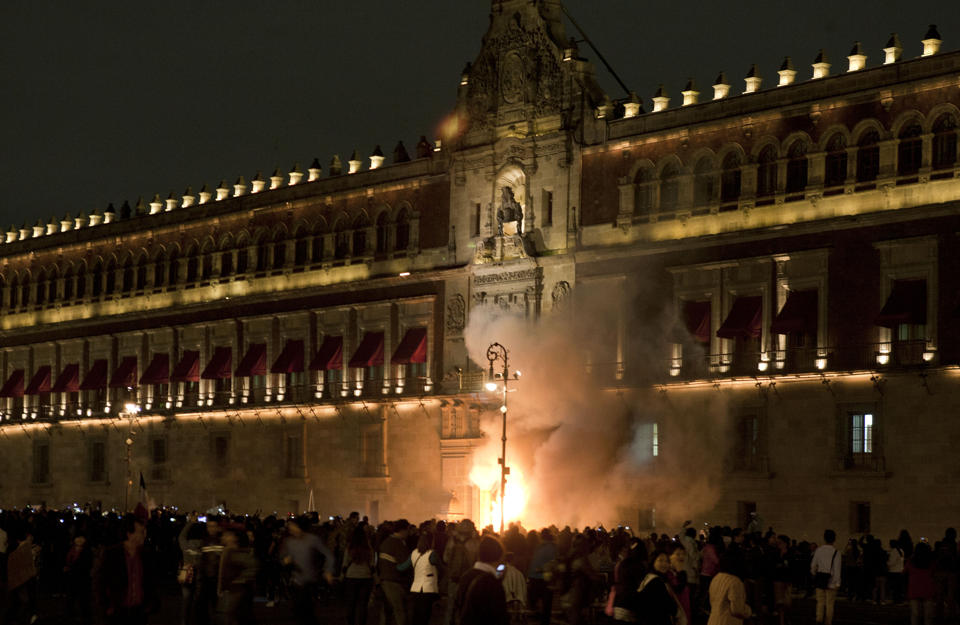 In Mexico, demonstrators have set fire to the door of the main entrance of the Mexican National Palace in Mexico City on November 8, 2014. The crowd was furious at the presumed massacre of 43 students. They stormed and torched the ruling party’s Guerrero state headquarters and briefly took a police commander prisoner as growing protests rocked President Enrique Pena Nieto’s government.

In the United States, tensions are building in Ferguson Missouri with the Police Department and Gov. Jay Nixon still failing to grasp that this is brewing into a national problem with police simply always just shooting people to kill. The Governor said that 1,000 officers from multiple agencies went through 5,000 hours of additional training in preparation for possible reactions to the upcoming grand jury announcement.However, on the side of people, gun sales have risen and on the government side, the police are also arming. If the confrontation turns violent again, the police will use their military full force they claim is riot gear. Though the grand jury has until January to make a decision, the prosecutor’s office has said that an announcement on whether it will indict Ferguson officer Darren Wilson could come as early as mid-November. If this comes out with no indictment on November 19th/20th, it could prove to be a rather important event long-term.
Categories: Uncategorized

« Obamacare Deliberately Written with 33,000 Pages of Regulations To Hide the Truth
Setting the Stage for the Collapse in Metals – Gold Stocks »