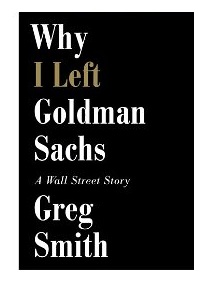 Dealing with the money center banks has been treacherous to say the least. When I wrote Behind the Curtain, the NY manipulators tried to say it was just me striking back. Then Greg Smith put out his book Why I Left Goldman Sacks. Again, the NY media protected the banks and claimed Smith’s book was flawed.

Nevertheless, little by little the truth is coming out ever since the LIBOR scandal hit. Both Greg Smith and myself have stated that the banks trade against clients. They have kept track of client positions and trade against them typically front-running them all the time. This has been HOW they make money .

There has been a HUGE clash between the various conspiracy groups. On the one hand, there have been the Goldbugs who want to pretend gold’s decline is purely a manipulation and that is the ONLY reason they are wrong. Then there are those who claim it is the Global-Elitists who control everything from wars to whatever for some dark sinister objective they really cannot articulate. Between these two extremes lies the simple truth – it has always been immediate profits trading against clients. That is standard. Being a major hedge fund manager I speak with experience, not visions, speculations, and claims. To be a REAL hedge fund manager, it was like playing a poker game. It is not as simple and just picking up the phone and say buy or sell. That is for individuals – not big money.

When I had to hedge Platinum for Onassis and was the largest position in the market, everyone knew what you had and watched every move. If I wanted to sell platinum, I had to first buy some gold and then silver to create the impression I would be a buyer. The banks would move the spreads in anticipation I would buy. Then I would sell and take the small loss in the gold and silver to get off the platinum I needed to sell. The banks were ADVERSARIES – never brokers who EVER protected my interests.

This is the way the industry worked. These manipulations of LIBOR to gold and currencies that are now starting to be revealed demonstrate this front-running manipulation of markets that has been trading against client positions. They DO NOT manipulate markets counter-trend NOR do they manipulate markets to force something like gold lower perpetually with no immediate profit. The argument that they are hugely short perpetually is not real. They care about bonus checks, not systemic manipulation with no end goal.

Do not confuse front-running as flawless perpetual manipulation. If these people were that all-powerful, (1) they would not get caught as Merkel said the only difference between the East German Stassi and the USA’s NSA was that the Stassi never got caught., and (2) they would not constantly require bailouts.

Banks are front-running manipulators looking for guaranteed trades – not professional traders taking on risk. Risk is for fools, as they say. This is why they need bailouts because when you front-run and rig the game, you do not need risk management.

UK Financial Conduct Authority has fined Barclays £26 million for manipulating “the setting of the price of gold in order to avoid paying out on a client order.” The sell orders in gold that seem to come as if out of nowhere, have been front-running covering on the client’s order. Slam gold hard, you then buy the low on the client’s order, and the metal then rallies back. This is typical.

However, they have played this game in both directions. When I say a rally is manipulated, the Goldbugs hate me because all rallies are real. I warned on the Buffet silver deal that they were taking silver from $3.5 to $7 and then were going to slam it. This is what they have done for decades. However, it has always been within the trend. Gold’s decline is NOT unusual and follows the typical 13-year rally.

Gold rose with the downturn in the ECM and it will do so again when the ECM turns down. It peaked in 2011 with the low in the ECM. It has performed on schedule. Only a fool will argue that gold is manipulated against the trend for if that were true, then all other commodities should be rising and only gold declined. Sorry, even demand for gold in China and India fell 55%.