Banks are Their Own Worst Enemy

I have been warning for years that once Solomon Brothers was taken over by PhilBro back in 1981 and Goldman Sachs went after J. Aaron, Wall Street was taken over by the Commodity Industry. Trading became the priority and market manipulation was the name of the game. But to the contrary of the conspiracy theorists, there was never this idea of perpetually manipulating any commodity to suppress its price or anything of the sort. It was all about profit here and now.

The banks moved from market to market. There were a number of us who kept track of everything they did. I taped every call not to be a whistleblower, but to warn clients what was next. When I was asked to fly to Beijing to meet the Central Bank of China in the wake of the Asian Currency Crisis that was targeted by the manipulators, they knew who they were and why. They could not come out politically and say NY was the center of manipulators, but that is why I was called in rather than an academic. 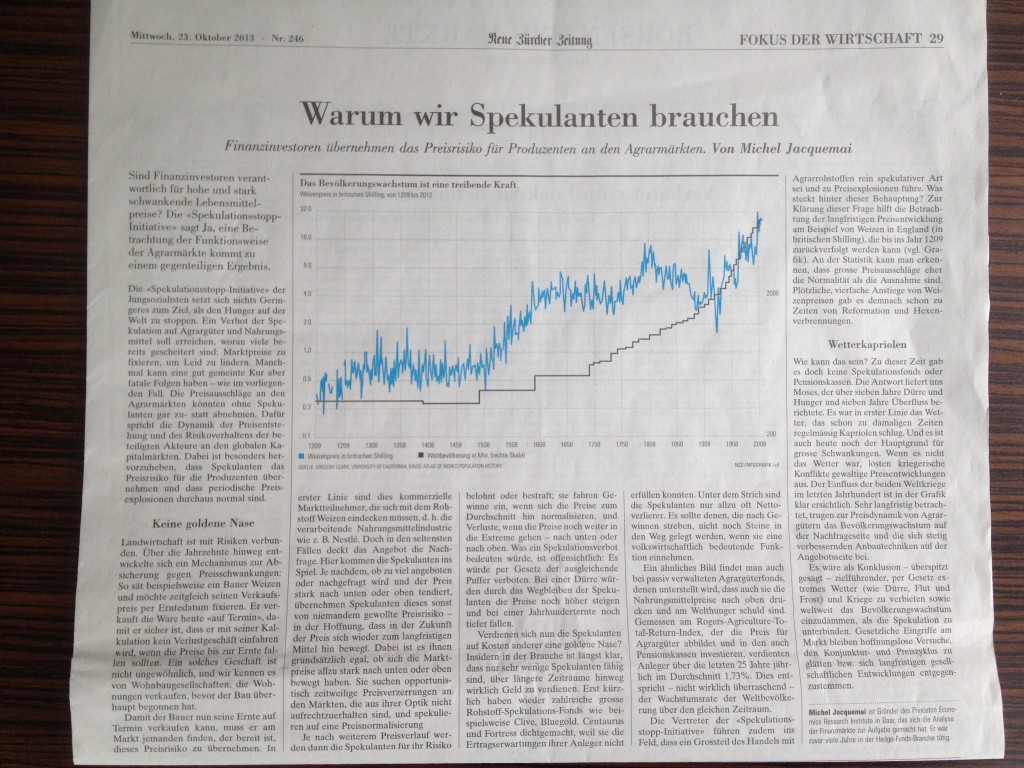 Now the socialists in Switzerland want to outlaw speculation altogether in commodities.The CFTC plans to set a maximum of 25 percent of the deliverable supply of the underlying commodity to be regulated because of the rising outcry against the bankers. But the CFTC is sponsored by the banks and they may pretend to be reducing their speculation, but will increase it.

We are in a downward spiral for the bankers. Their days are truly numbered. If they keep up this shit, when the economy turns down again, we will run the risk of history repeating. Black Friday is not a term for a shopping day. It was the Panic of 1869 when they were dragging bankers out to the street and hanging them. That is what the term really means.