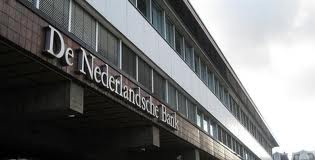 In the Netherlands, they are making bankers swear an oath to God that they will do everything honorable to uphold the confidence in the financial system. I suppose there will be an awful lot of bankers going to prison in the Netherlands after 2015.75. They would have been better off passing a law that they cannot buy products offered by New York bankers.