Bank Rage in Ireland Shows the Suckers for What They Are 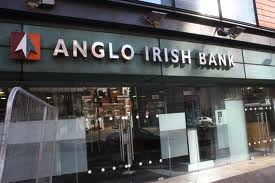 Irish leader Enda Kenny has said he understands “the rage and the anger” of Irish people on Monday (24 June) following a leak of taped conversations by two Anglo-Irish bank bosses which indicate the Irish government was conned into propping up the bankrupt lender.

The taped conversations, obtained by the Irish Independent newspaper, between John Bowe and Peter Fitzgerald, who led Anglo-Irish’s capital markets and retail banking arms, respectively, indicate the Irish government was duped into pumping €7 billion of emergency cash into the bank on the assumption that it would plug the lender’s funding crisis.

But the €7 billion figure was just a ruse to get the government to put “some skin in the game,” with the bankers assuming that politicians would have no choice but to provide further emergency funding once they had been “pulled in”.