Back to the Future

Of course Back to the Future was the name of a very popular series of movies. But in reality, Einstein believed that the Future, Past, and Present were all simultaneous. That is a hard concept to get you brain around, but the FUTURE is indeed merely a repeat of the past – no different than a a Shakespeare play acted out for centuries where the plot is always the same, only the actors change. Come 2032, we will be at that sweet-spot where we have the opportunity to advance as a society or fall back into chaos where it will all again begin between those intent upon totalitarianism and those who demand LIBERTY and FREEDOM as Mel Gibson yelled in Brave Heart playing William Wallace – the Scottish hero. 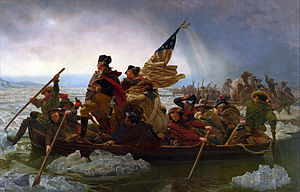 As we move into the major peak of this generational cycle of the Economic Confidence Model that peaks in 2032.95, each and every turn builds in volatility and momentum. The same is true of weather. We are heading into the final high of a completely natural cycle of global warming with its duration of about 300 years caused by the cyclical beat of the sun like your heart where the fluctuation in energy output is about 15%. So the bottom was the 1700s – a very cold period. I have NEVER seen the Delaware River with ice like that in my lifetime. We are headed into that peak and will see a collapse toward cold once again also after 2032. 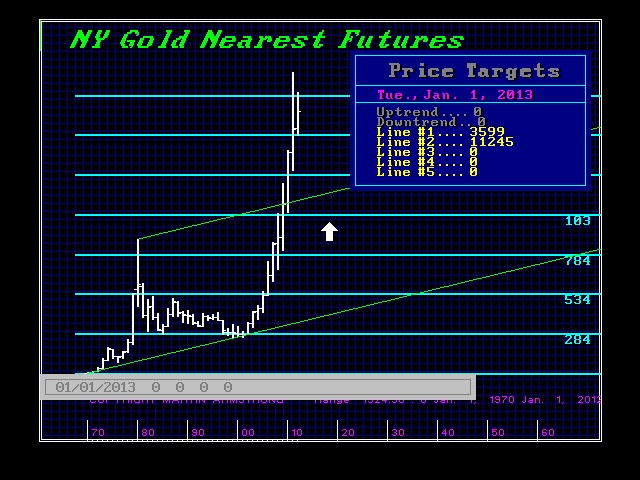 As we head closer into that bright light for 2032.95 where we either regress or awaken, we will experience as always with each turn an expanding envelope to the downside and upside increasing VOLATILITY. This will be EXTREMELY confusing for most and cause them to get whipsawed. This is why it is ESSENTIAL to understand HOW markets move. For gold to technically go back and retest the 1980 and then flip back to new highs is NOT that unusual – but is actually normal market behavior. Our model has the FIRST Yearly Bearish Reversal at $683. That indicates we are unlikely to see a crack of the long-term bull market. We do not NEED to go to $907, $1150 or so will be fine. That is simply the outer-limits for such a move. If you understand the maximum risk, then there is confidence in what you are investing in. During the 1987 Crash, institutions all sold BECAUSE they called the broker and asked why was the Dow down at a historic drop? The broker’s replied they “did not know!”  It was down because the G5 manipulated the dollar down by 40%. Institutions sold BECAUSE they did not understand WHY the market crashed. Had they known, they would have understood and not panicked. You MUST always, and without exception, define the outer-limits of a potential market move or run the risk of panic. That is why the big institutions used Princeton Economics. We were the only ones capable of providing that information that was not based upon some opinion.

What you cannot forget is that there are ALWAYS two sides to every trend and the selling is not necessarily “short” players, but profit-takers and hedgers to ensure they survive. The buy-and-hold nonsense spouting from the gold promoters actually does far more damage to the market since they create huge losses for people who then do not come back. Very stupid!!!!!

Look at the yen. The Japanese institutional investors are dumping foreign assets right now for this is the FIRST 20% profit they have seen in 23 years. Logic would say they should be selling the yen and buying dollars because of the policies announced by the government. But they need profits after nursing huge losses for so long. Just in the last 6 weeks, the INSTITUTIONS in Japan have sold at least $35 billion worth of foreign bonds and even gold. This covers some losses for now, but then this will only lead to massive losses forcing a return to foreign assets.

The selling in gold for example is NOT a conspiracy. It is NOT a manipulation since that requires an abnormal move out of sync with the entire market structure. This move in gold is in line with the entire global economy as it is shifting. You have to realize that just as there are a wealth of religions with each preaching they are the one true faith, there are also a host of different reasons people sell that have nothing to do with conspiracies, shorts, or manipulations. It is what it is. REAL BULL MARKETS REQUIRE rallies in ALL currencies. If I tell you to buy Zimbabwe assets because you will DOUBLE your money in their dollars but omit the fact that their currency is collapsing, did you make a profit in your own currency? The obvious answer is NO!

So stop with the nonsense. There is no dark force trying to manipulate gold down to support the dollar or some other weird theory. There is no long-term plan. The economy is really on autopilot. Government reacts to it, aggravate it, but cannot reverse the trend. Europe is going down the drain into negative growth and that will even send Germany into recession. The dollar MUST rise for that will put the maximum amount of pressure on the global economy creating massive short-covering as even governments borrowed in dollars to reduce interest costs. This will be the straw that breaks the back of the economy turning the US economy into recession from 2015.75. We simply have to go through this storm. If you UNDERSTAND how it unfolds, then you will survive. If you keep listening to nonsense about conspiracies and dark forces buying the highs every time and then being insulted as they tell you your losses are not real, you might as well keep taking aspirin and try leeches as a cure for lung cancer. If you do not comprehend what you have, you sure as hell will not survive this one.