Austria to Default on Debt of 10.2 billion Euros 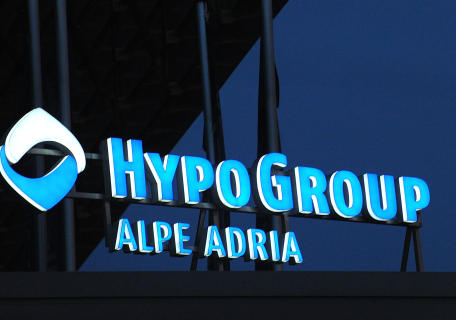 The province of Carinthia in Austria with its multibillion-dollar commitments for the former Hypo Alpe Adria, is presenting the classic problem. Does the state honor its guarantees, or does it simply say sorry, we never really guaranteed that. The state government is looking to default of its debt of €10.2 billion euro guarantees. This is how it always goes down. Guarantees are historically abandoned when it comes to the bottom line.

History repeats in the most striking ways. The first bank to collapse that set in motion the Sovereign Debt defaults of 1931 was Credit Anstalt in Austria, 1931. That shook the foundation of confidence because it also marked the end of the Rothschilds as a formidable banking group.

The two famous banking houses were the Barings and Rothschilds who both emerged from the merchant field that evolved into banking. This will be a primary distinction that would highlight these great names from just the banking names. This is why the NY banks want to be traders. That is where the money was really made – not just lending. Nevertheless, it will also emerge that the big names are the ones that were deeply involved with government like the Bardi, Medici, Baring Brothers, Rothchilds right up to Goldman Sachs today.

From a book I am writing on the history of the global financial system since inception with the rise and fall or empires, nations, and city states, I dive into the details of banks. The documents of the Medici family clearly state “to deal as little as possible with the court of the Duke of Burgundy and of other princes and lords, especially in granting credit and accommodating them with money, because it involves more risk than profit”. Distinctly, it is clear that the text continued showing that the Medici did not wish to lend to the princes of Europe for there was no way to collect a debt from a sovereign. The contract continued warning “many merchants in this way fared badly” and that “our fathers have always been wary of such involvements and stayed aloof, unless it was a matter of a small sum lent to make or to keep friends.” The Medici policy was “to preserve their wealth and credit rather than enrich themselves by risky ventures.”

The Baring Brothers folded. The Rothschilds, despite the conspiracy theories, have been replaced by the modern merchant banking style firm Goldman Sachs. I cover in detail the rise and fall of every banking family with documentary proof – not wild rumor and speculation.

This is history unfolding once again in Austria. Sorry – the Rothschilds are not in the game this time. Not a single firm that has ever gotten involved with government survived. Interesting track record. Goldman Sachs is obviously trying to do what nobody has ever been able to survive yet in history. The closer you fly to the sun with wax wings, the harder and faster you fall.

« ECB Grand Opening with Tanks & No Journalists?
Dow To Be or Not To Be – Correction Time? »