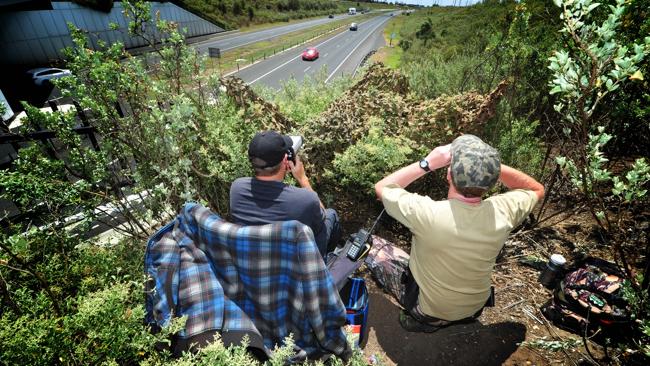 Australian police are really waging war against the public to raise money for government to fund their own salaries. They are Camouflaged hiding in the woods to catch speeders on the Geelong Ring Road. This is becoming a international sport – hunt down the people and shake-em down for whatever you can get.

Nonetheless, nothing beats Switzerland where they are totally unjust and insane when it comes to fining people and its all cameras. Switzerland is the most Draconian place in the world when it comes to fines. What they pretend to be low in taxes, they are the highest fining nation in the world. Just call it Swiss extortion. Switzerland doesn’t have fixed fines for speeding. Instead they use a formula similar to that in Finland where the fine is calculated based on the vehicle’s speed and the driver’s income. Yep – Marxism at its very best in the land that was born out of a tax revolt. They maybe should have remained under the Hapsburg rule.

Back in 2002, a Nokia executive Anssi Vanjoki had to pay a fine of $103,600 for going 47 mph in a 31 mph zone. This may be topped now by a Swedish man who was clocked at 180 traveling between Bern and Bern and Lausanne in Switzerland. In this latest incident, the driver faces a penalty of just over $1 million for traveling at the highest speed ever recorded on a public road in Switzerland. Apparently the SLS Mercedes escaped being clocked by several older cameras that are limited to 125 mph before finally being recorded by a new camera with a higher radar speed range. His excuse: The speedometer was faulty.

Lausanne is really insane. They have speed cameras set up and they drop the speed limit suddenly going into the city. I myself got a few tickets because in Switzerland, the camera goes off and you will get a ticket for 2 miles over the speed limit. This is something very hard to get use to for foreigners. They naturally take advantage and the fine will be based upon your income. Totally insane.