Attorney General say No Bank is Too Big to Indict – Right! 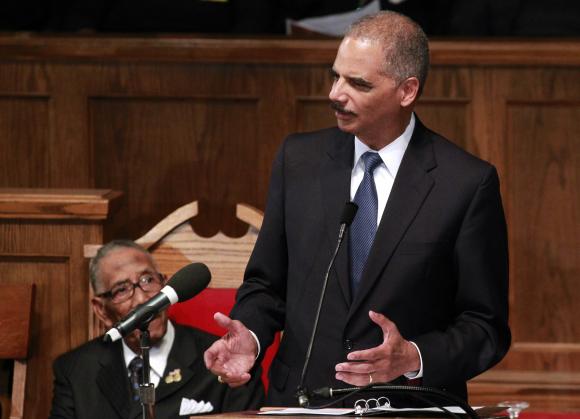 Attorney General Eric Holder claims no bank is too big to indict citing the fines he got from J.P. Morgan, reported by Reuters. But those are fines, not a criminal indictment of the bank that has shut such institutions down. When they actually go after Goldman Sachs then we can perhaps believe him. They are going after fines – absolutely. They need the money. But to actually put a bank down as they did to Drexel Burnham with Michael Milken resulting in over 50,000 people losing their jobs – oh sorry I forgot. Drexel competed with NYC it was a Philadelphia firm. Then there was REFCO, the largest commodity firm also destroyed by criminal indictment. But that was a Chicago firm. All prosecutions protect New York. Sorry – point to just one NYC major firm destroyed by indictment – just one in the past 30 years!

« Europe Outlawing Short-Selling – And There Goes Britain?
Nigel Farage Tells it Like it Is. »