Atlas is Getting Tired of Holding up the World Economy 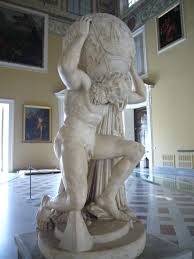 It is becoming a familiar story of global uprisings and discontent outside the USA while steady economic growth in the USA remains the only thing holding up the world economy. Socialism is dead just as communism. The idea that governments can manipulate the economy to smooth out the business cycle has been a disaster. Even Keynes before he died realized he was wrong and said he hoped Adam Smith’s Invisible Hand would save Britain. He said: “I find myself more and more relying for a solution of our problems on the invisible hand which I tried to eject from economic thinking twenty years ago.”

Indeed, Paul Volcker, former Chairman of the Fed even stated in his 1979 Rediscovery of the Business Cycle:

Despite those with great credentials admitting this idea of manipulating the economy with centralized planning that failed in communism is failing in socialism, we find politicians still refusing to admit the emperor has no clothes. They are hell-bent on playing with the economy to the devastation of our future and that of our posterity. They are now disassembling everything that made the recovery from World War II with the free flow of capital to the hunt for loose change thanks to FATCA. This is all about them retaining power – not about what is good for the nation.

The great threat to Europe is its politicians. Creating the Euro created a host of jobs. The EU institutions employ over 47 000 civil servants on salaries far above those that they would receive in their home countries in public service. There are 16 salary classes with up to five categories for seniority. In addition to the salary, civil servants receive a family allowance, education allowances for kids and young students until 26 years and pension. There is also a permanent ex-pat allowance at 16 % for foreigners moving to Brussels.

There is no way the Euro will go for the better of Europe. If the Euro fails, these people are out of a job. They will gut the entire European economy before they will ever admit they are wrong. No they are working to Federalize Europe on a fast-track. From a military perspective, the strongest member economically, Germany, effectively has no army for that was prohibited by its post-war constitution. So the countries with the capacity to man an army are broke. Hence, Russia can smell the weakness of Europe.

In Asia, riots are starting for Democracy in Hong Kong. China and Japan rattle sabers. In Canada, Quebec is bankrupt and the government is just accelerating its demise. The Bricks are declining. South America is rather hopeless and has issued a lot of debt in dollars so as the dollar rises, so do their debts and this was the demise of Greece.

Atlas should get tired by 2015.75. When we turn down then, look out below. We are moving into a free-fall where there may be no bid.

« Turkey Sends Back 3 Islamist fighters to France
Was AIG Bailout Legal – NO!!!!! »