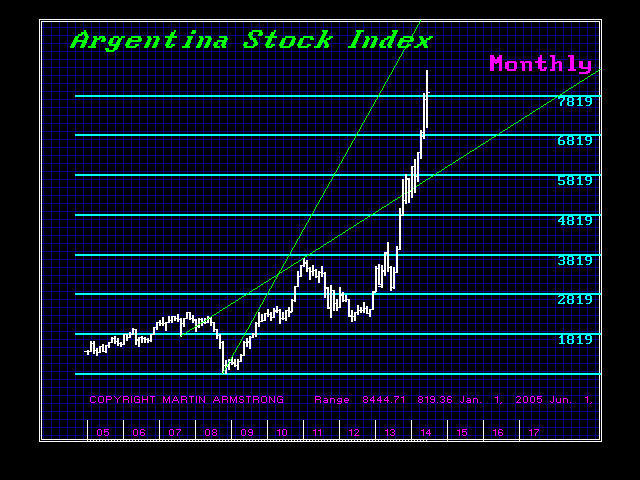 Argentina is moving into default and they could trigger bondholder claims between $25 to $30 billion. This is an amount equal to all its foreign-currency reserves. True,  if overdue interest on Argentina’s dollar-denominated debt due 2033 is not paid by July 30, then provisions in bonds known as cross-default clauses would allow the nation’s other debt holders to also demand their money back immediately.

So why has the Argentine stock market been blasting upward for the last 25 months? This is a classic capital response that is precisely the same that is argued for a hyperinflation. If a country defaults, its currency declines. However, domestically, tangible assets rise for everything advances under such a scenario. Those who think capital is wrong just do not understand capital flows. This is the eternal battle between PUBLIC and PRIVATE assets being displayed for all to see. 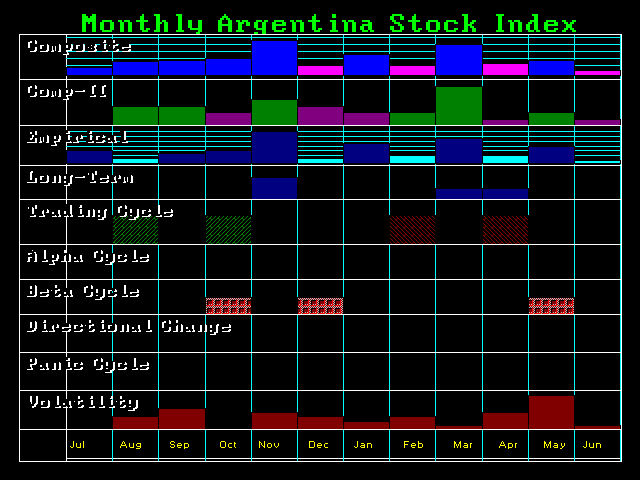 Here too we are seeing November as a very critical turning point. This is showing up in absolutely every market around the world. This is how money really moves. If you think this is dumb, well you better go back to school. 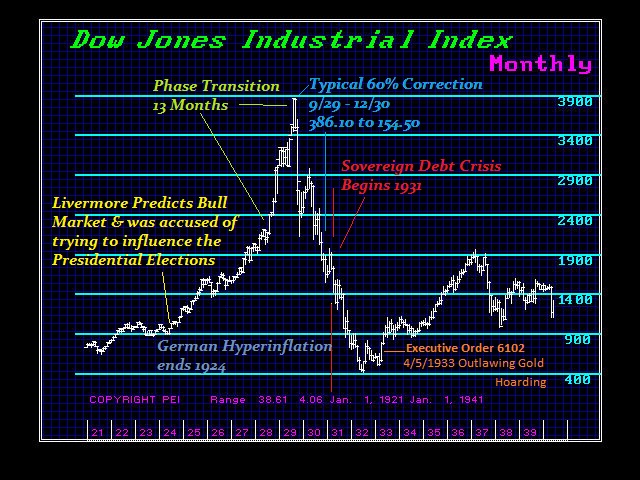 The entire devaluation of the dollar by FDR in 1933 produced the same result. As the currency declined assets rise. FDR’s Brains Trust disagreed. FDR listened to George Warren and noticed that Britain recovered when then defaulted on their debt in 1931. So pay attention. International law may mean nothing at the end of the day because Argentina will not be alone.

This is that international value which comes into play how everyone views assets in terms of their own sense of values expressed in their home currency. I will try to put books together on how capital really moves under these various conditions. Just have to find someone interested in this subject and a good editor to help bring this all together. I have so many projects and limited amount of time. But yes – this is something on my wish list to get accomplished.