Are You Really Ready for the World to be Ruled by Bankers? 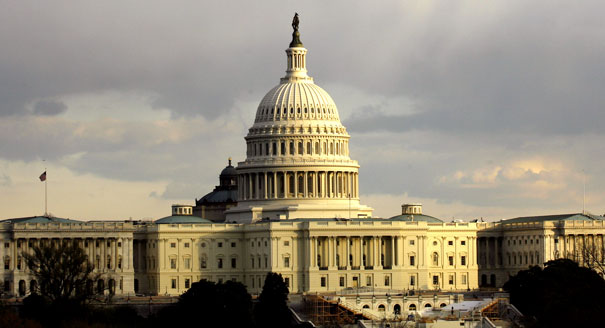 A New Yorker satire put it that Citigroup announced on Friday that it would move its headquarters from New York to the actual U.S. Capitol Building, in Washington, D.C., in early 2015. Yes! They might as well had since they got everything they wanted.. Could you imagine Citi outbid JP Morgan and Goldman Sachs to lease thirty thousand square feet of prime real estate on the floor of the House of Representatives.

This is just jumping off the cliff. Not only did these people grease enough palms to repeal Dodd Frank, they are now virtually leasing space right in the Capital Building and managed to increase the donation limitation from $32,400 to $324,000. They own Congress. They might as well have the space and at least pay rent.
Well as they say – there goes the neighborhood. The real problem we face is when you take polls on the job performance on Capitol Hill, we will have to ask which group? Looks like the clouds are starting to gather for 2015.75 in a very dramatic way. Maybe it is just time to leave. Oh ya. This is fulfilling the lyrics of the Eagle’s song Hotel California – where you can check out any time you like, but you can never leave.
Categories: Uncategorized

« Roman Coins for Christmas
Where do we Hide? Was Dante Right? Is the End Near? »