Are They Going After Safe Deposit Boxes? 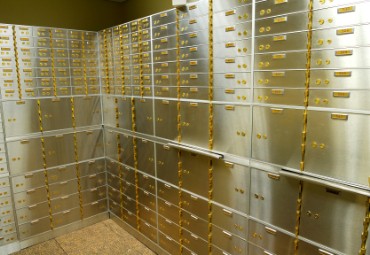 QUESTION: Is it now illegal to store cash and gold in a safety deposit box?

ANSWER: They have not yet enacted an actual law prohibiting the storage of “money” in a safe deposit box. The problem is surfacing because of “interpretation” of laws with broad scopes. If you have $5,000 in cash in your pocket, they are now seizing it saying it is presumed to be illegal. Confiscation of money is becoming an epidemic and the burden is then yours to prove you paid taxes on it an where it came from (see NPR).

The grey area that is allowing this seizure of assets is multidimensional. First there is the assumption it is the illegal proceeds from drugs. Second, there is the presumption it is money laundering and that is very broad for it can be drug money to hiding money from the government to avoid taxes, which they also call money laundering. Third, there is the ambiguous Internal Revenue Service regulation that basically states. . . .”Consumers should never conceal cash from the United States government and not pay income tax on it.”  They could argue that cash in a safety-deposit box is hidden from the government. They can also now argue this is money laundering and confiscate the cash. It becomes your burden to prove them wrong.

Another client wrote “I just got a notice from [my] Bank that they are changing the legal agreement for safe deposit rentals.”.

“Lessee acknowledges that the safe deposit box is not intended to store, by way of example without limitations, such things as domestic or foreign currency whether in paper, coin or other form.”

Indeed, what is being stored anywhere will come under attack by the government. They are hunting money like you cannot imagine. These bank notices are anticipating the next target – safe deposit boxes. It is now illegal to mail cash at the post office. The assault on privacy by the NSA is far beyond terrorism. That is not profitable. It is wealth. That is what they agreed at the G20 in Russia. The NSA has been bugging everything and everyone. They are after money and this is highly deflationary. Forget the hyperinflation. They will confiscate whatever you have before they will print money.

The government is borrowing money, which is really printing money that pays interest. The difference is that they have to sell it. When they can’t sell any debt anymore, because of stupid shit like the Obama attacking Syria, they will piss-off foreign investors like China who will curtail their purchases of government debt and that will lead to the confiscation of all pensions and 401Ks after 2015.75 – of course to protect you. The US is dependent upon selling debt to someone. They have their eye on you pension funds. With $17 trillion in such funds they can stuff the whole national debt in there and the problem is solved.

Hell they can invade Canada then – BEWARE up there. They do know Canucks visit the USA, use services here, own houses here – that sounds like you should pay them taxes to those greedy folks in DC who can spend other people’s money at the speed of light without blinking – BEWARE American politicians in need of money 🙂 Of course you have your own to deal with up there. But they don’t have nuks. You may have Weapons on Mass Destruction hidden under the ice from some alien culture. Just watch Predator. It was a secret documentary film to justify invasion no doubt. Hell Congress will buy that 🙂