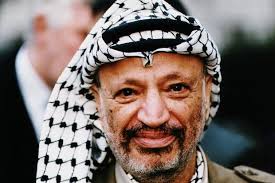 Palestinian leader Yasser Arafat was actually poisoned in 2004 with radioactive polonium, his widow Suha has revealed. She received the results of Swiss forensic tests on her husband’s corpse. A team of experts, which also included Lausanne University Hospital’s Institute of Radiation Physics, last November took samples from Arafat’s  body to seek evidence of alleged poisoning. It now appears that his death was a political assassination. What are the real ramifications of this action?