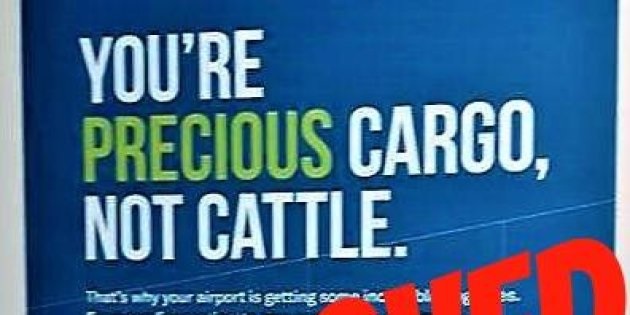 It is one thing to defend animals against physical abuse be it dogs, cats, or even cows. By the activist Len Goldberg targeting Toronto’s island airport advertisement saying it was  “insulting” to cows by simply saying they do not treat cows as “precious cargo”

Goldberg posted it on his facebook page and called on everyone to complain. The advertisement was taken down.

It would be nice if such organization could be mustered to actually clean up government. That just might prevent war. I don’t think the cows have been taught to read just yet.