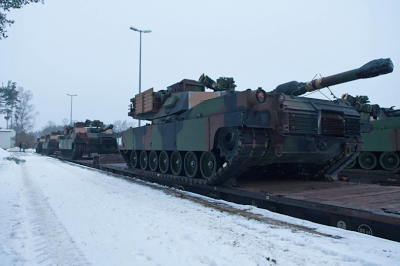 American tanks were removed from Europe with a lot of press last year. They are now returning, but of course just for training purposes on military NATO camps in Germany.The British Defense department is also now searching for a military practice camps in the German Alps. Why ? Previously, tanks and NATO troops were practicing there for the war on Afghanistan and Iraq. So, who is the target for war? It appears that there is a rising consensus that Russia will retake Ukraine after the Olympics.

« Enslaving the Next Generation
Individual Computer Forecasting for Small Business Itself »