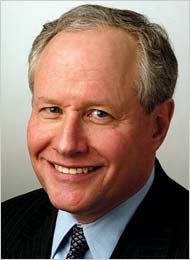 During the 1990s, Bill Kristol who had been a chief of staff in the White House administration during the Bush Sr Administration, was starting his magazine the Weekly Standard. To help him out, we took the back cover on a weekly basis to help him launch his magazine. I believe we were his first advertiser. He in return spoke at one of our conferences.

The themes of the advertisements were for political reform illustrating the truth about a lot of political issues. I was shocked at how just taking the back cover in a magazine gathered so much influence without even trying. I was invited to all sorts of parties and anyone who was anyone wanted to meet me. Influence was obviously obtainable for a cheap price.

Dealing with Washington over the years taught me a lot. I have been inside the belly of the beast as well as on the outside. I have seen it all from every angle. Government is not run by democracy – it is a republic oligarchy pretending to be a democracy. Now a study is coming out an it confirms what I have seen over the years that this is just an American Oligarchy. There is no hope of honest politics until there is major serious reform. We are at the same point in our history as the fall of the Roman Republic and for the very same reasons – outrageous corruption..