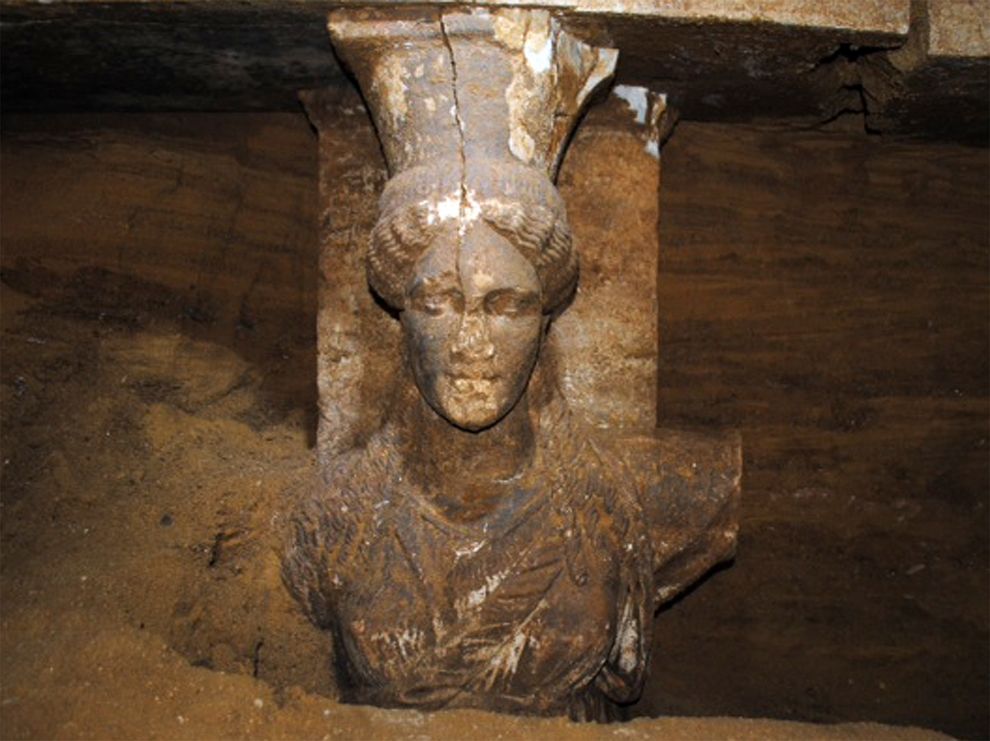 A massive round structure of Greek origin from the Hellenist period is holding scholars in great suspense. National Geographic has reported the finding os possibly the tomb of Alexander the Great. The site of ancient Amphipolis is about a hundred miles east of Thessalonica, on territory conquered by Alexander’s father Philip in the 4th century BC.  Amphipolis was a major Greek city of the Macedonian empire, yet today it is a site goat-herders. This round building beneath the hill may be the original tomb of Alexander the Great based on its size and massive adornment. It is 500 meters in circumference surrounded by a very expensive marble wall. 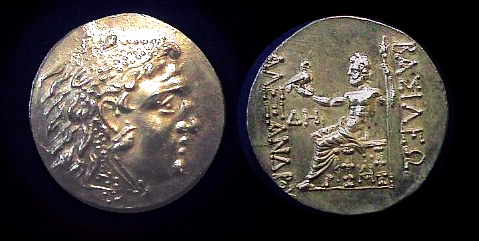 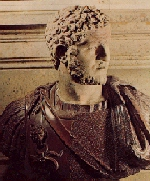 The structure’s date has been fixed by analysis to be the last quarter of the 4th century BC, which matches the decades just after Alexander’s death in 323BC. No one else of this period would have warranted such a tomb. However, Alexander’s remains are known to have been stolen by Ptolemy, the Macedonian ruler of Egypt. Ptolemy buried the ruler in Alexandria, a city named after Alexander the Great in Egypt that still retains that name to this very day. That site was later visited by countless thousands including the notorious Roman Emperor Caracalla (198-217AD) in 215 AD where he is said to have stolen Alexander’s shield and sword then unleashing a massacre of the citizens despite being warmly received. Caracalla is said to have believe he was Alexander the Great reincarnated.

It is not likely that Alexander’s body will be found. If the ancient legend is true, Ptolemy swapped his body with a dummy taking Alexander to Egypt where its existence is unknown to this day. Nevertheless, the original tomb of Alexander the Great just perhaps might be revealed for history to account. As for Alexander’s famously beautiful Asian wife, Roxane, she became a political prisoner shortly after Alexander’s death. Roxane was poisoned at Amphipolis by a general of Alexander who certainly did not want any rivals. Roxane’s body was reportedly sent to the Vergina complex for burial, but no sign of her tomb has been found there. So much for loyalty when power is within the grasp of those who would be king, president, or prime ministers.