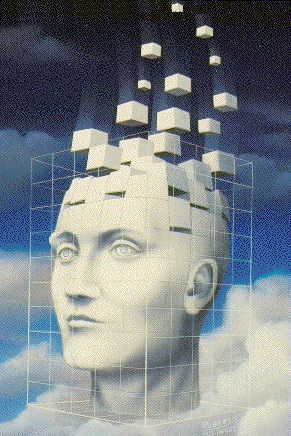 I have followed your work since I was in college (circa 2008) and am quite interested in the accuracy of your predictions. As a computer science enthusiast, currently working in the development field, I am most interested in your AI computer model of the economy.

Could you elaborate on some of the programming techniques you use to create your application.

1. Did you write it yourself?
2. What language(s) did you use?
3. Does it implement the concept of ‘machine learning’?
4. Do you use neural networks?
5. If you use ML, is it based on supervised learning on unsupervised?

**I completely understand if these questions are too intrusive, as I’d expect you wish to safeguard your technology. If this the case could you provide a high-level overview? Im always curious as how things work and the ‘art of the possible’.

ANSWER: Hopefully, we will be holding a conference in Princeton after the 1st of the year. We hope to have there a computer terminal where questions can be asked of the computer.

Yes, I wrote the code myself. Most models have failed because they bring in the physics major, the programmer, and the trader. They try to get the team to work to create a model. But Genius fails because each does not understand fully the other’s field. I had the unique fortune of being involved in all three so I could see in my mind’s eye the solution. It was a labor process of love and the core took me about 3 years to perfect and then about 17 years of further development – and I AM NOT FINISHED YET.

The language was primarily basic since I could incorporate modules written in other languages like C. I created much of my own language similar to structures in Prolog which is concerned with relationships and is thus declarative. I thus created modules that filled in as language elements. This was then all optimized in machine language to speed up things even faster.

Machine learning algorithms are generally interested in teaching a computer to learn to complete some task, or to make accurate predictions, or to even behave intelligently comprehending language as well as recognize faces in a picture like many cameras such as Samsung Note II. The key is understanding how we do learn and that learning is being accomplished based on some sort of observations derived from some direct experience. Consequently, machine learning is all about learning how humans do by judging the future based on what was our experience in the past. This is why people typically judge others by themselves. A dishonest person will never trust someone else because they would cheat anyone if given the opportunity.

Supervised learning is the machine learning task typically based upon some predetermined rule. I did incorporate pattern recognition, which I define is somewhat different. It is more like concepts that are the mental categories we form in our mind that help us classify objects, events, or ideas. We construct these concepts building on the understanding that each object, event, or idea in defining it as having a set of common relevant features. For example, concept learning is basically a strategy which requires a learner to compare and contrast groups or categories that contain concept-relevant features with groups or categories that do not contain concept-relevant features. Hence, distinguishing factors between bull markets and bear markets digging out deeply embedded differences that reveal the character of each trend.

Machine learning is a basic core substructure of artificial intelligence. It is merely impossible to build any kind of intelligent system that would be capable of any of the abilities that we associate with intelligence, namely language, vision, or identification without using the fundamental structure of learning to get there. These tasks are otherwise simply too difficult to solve without creating a knowledge base (memory of the past) in order to even ascertain what is possible for the future. We cannot consider any system to be truly intelligent if it were incapable of learning and developing on its own since learning is at the core of any form of intelligence.

Hence my observation – history is a catalog of solutions, yet socially we ignore history every time. It is a core structure of the universe. It is self-referral. We have children who are constructed from the blend of DNA from two people. That is the code that constructs the next generation. It is always referring to the past to move forward into the future. Consequently, the machine must refer to our own human brain to comprehend its construction. Neural Nets I have never seen work quite frankly because something is missing.

« The Bitcoin Hearing
Is it Alive? »