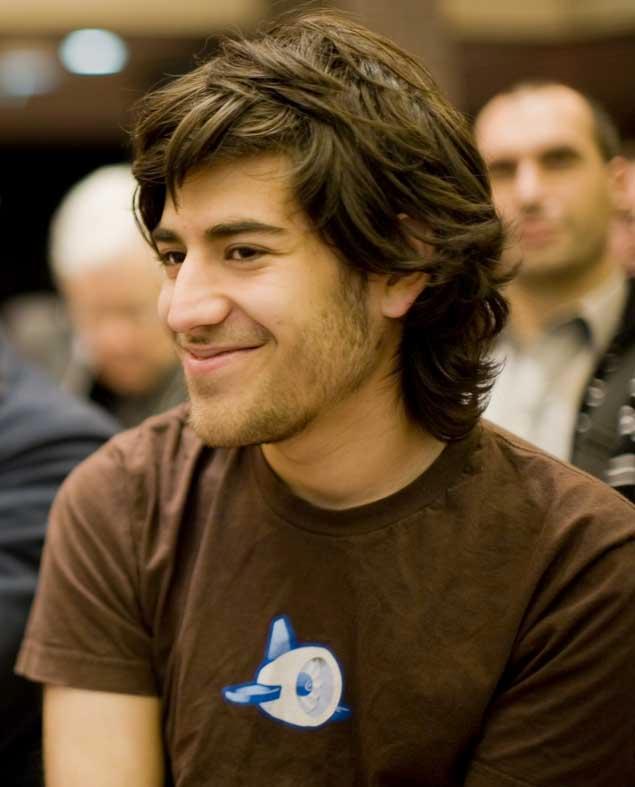 To federal prosecutors, Aaron Swartz was a criminal they drove to suicide. His death has sent a tidal wave through the online community worldwide. The additional culprit in causing his death is none other than MIT – the  Massachusetts Institute of Technology. Swartz was an accomplished hacker who was regarded as a digital prodigy and helped develop social-news site Reddit and the RSS feed, which is the technology that even allows our website to send updates to subscribers every time something is posted,

Swartz was found hanged on Friday in his Brooklyn, New York, apartment. While some people are spinning conspiracy theories because be was a champion of a free internet and not one of those dark figures who create viruses and try to track people for the government, he was being charged facing decades in prison for doing nothing but hacking into MIT computers causing no damage and doing nothing with anything. However, under US law, there is no requirement that you actually commit a crime, they charge conspiracy and argue you intended to do something you did not do,

Let me explain something that the American Press refuses to expose. The number of suicides among those charged by the Feds would shock the world. Their stories are never told and typically the government spins out the standard crap that they were overcome with remorse for their crimes. To set the record straight, the real criminals are never remorseful, are proud of what they did, and brag about their accomplishments in getting away with shit. The violent ones do to others what they fear themselves so you would be shocked to realize that the violent murderer is really more often than not a coward or just insane.

In the case of Steven H. Schiffer, the SEC brought charges of insider trading. When they could not defeat his lawyers, they petitioned Judge Richard Owen to remove all his lawyers. He did being a former prosecutor. They then proceeded to harass Schiffer to the point they too drove him to hang himself – something very common. The prosecutors then pat themselves on the back and tell themselves he was guilty anyway – job well done. When they were taking the lawyers away from Princeton Economics before Judge Owen, he joked and said “Schiffer never took it upstairs” for appeal laughing. So much for “feeling” your pain, compassion, or even any sense of humanity. Often the people who prosecute like this are indistinguishabe from the criminal that enjoys inflicting pain on others – they are one in the same. The corruption with the SEC prosecution is off the wall as reported by Matt Taibbi in http://www.thelavinagency.com/blog-matt-taibbi-rolling-stone-expose-sec.html

The number of suicides are typically from the innocent, rather than the guilty unless what they believed they did was somehow right or justified as is the case with religious terrorists. The famous case of the Outreau criminal trial of 2004 in Northern France on charges of sexually abusing children revealed that the government witness for the prosecution had lied about the involvement of others, who were indeed innocent resulting in years of imprisonment and one also committed suicide. People who are innocent more often than not lack the courage to stand-up and see themselves as outcasts that results in suicide. http://en.wikipedia.org/wiki/Outreau_trial

The first suicide I became aware of was a kid who someone asked where a guy was, he pointed over there, and they killed him. The government charged him as part of the conspiracy. Before he committed suicide, he wrote a 20 some page letter explaining how his life was over facing life in prison for something he did not do. He used plastic straps to hang himself in NYC Federal Prison MCC. He died, but the plastic cut through his neck due to the weight of his body until he was decapitated.

Then there are people who lack the courage to kill themselves so they force someone else to defend themselves to kill them. That is a huge problem. You also hear about death by cop.Someone will confront the police knowing they shoot to kill. I met a Muslim man who got on the wrong ferry and ended up at the Statue of Liberty. He was waiting by the dock for the return when police grabbed him because he had a tan raincoat arresting him for exposing himself in the Statue of Liberty. When he understood what he was accused of, he was ready to commit suicide out of shame because a devout Muslim cannot be seen naked. His life he assumed was over.

There are those where one just does not know, Recently, Richard Kenneth Watterworth, 49, shot himself while out of jail on $1 million bail after being charged with molesting two family members. http://www.mercurynews.com/san-mateo-county-times/ci_22350172/peninsula-molestation-defendant-commits-suicide-attorney-says

Swartz’s suicide is NOT uncommon. This happens every day but you are just never told about it. To charge someone like Swartz and seek imprisonment for decades, is inhuman, an abuse of power, and just insane. Only 4% of the people in prison are there because of violence. There are people there for not paying their taxes on time, and even shooting a moose on federal property out of season no less traffic tickets.

The entire federal prosecution system went nuts because of John Ashcroft – yes the guy who was offended by the breasts of the Justice Statue in Washington and ordered a tarp be put over her I suppose because she excited him. Ashcroft altered the rules so a prosecutor is not credited for just a conviction, the person must go to jail. There are people sent to federal prison for traffic violations on federal property because of Ashcroft since a prosecutor cannot advance his career unless every person goes to prison. This is one reason the USA has more people in prison than Europe, Russia, and China combined while only 4% are for violence. It costs almost $35,000 a year to hold one person. It was Ashcroft who couldn’t wait to kill Timothy McVeigh who refused to appeal his death sentence preferring death to life in prison. People like Ashcroft actually think death is the worst penalty. It is life in prison being tormented every day by people like him that is far worse. Death is the escape and they do not understand that since most likely they are also cowards who fear death themselves. People like Ashcroft think they are justified relying on the old biblical testament advocating an eye-for-an-eye (lex talionis). They fail to realize conspiracy was not included and that was taken from the Hammurabi’s Legal Code of 1780BC the Babylonian law that was adopted from even earlier Sumerian. Didn’t Christ stop the stoning of a woman for adulatory?  How can you forgive and turn the other check while reconciling the teachings of the New Testament with those of the old that relied on the lex talionis?

So for those seeking answers, blame your politicians who with every law they pass include a criminal prosecution. They even had that if you didn’t have healthcare insurance it was up to 5 years in prison in Obamacare. He was forced to take that out but not the fines. Look at every bill and you will see “fine or imprisonment or both” for failing to obey their latest incantation to oppress society. They can take decades away for nothing and that is precisely the threat, coupled with a 99% conviction rate, lacking real judges that influenced Swartz. They should have read On Liberty by John Stuart Mill where the state has no right to deprive the liberty of any citizen except for violence.

« Why is Real Estate Cycle Not Working
Bringing The Gold Home »