A Very Valid Point Behind Conspiracies 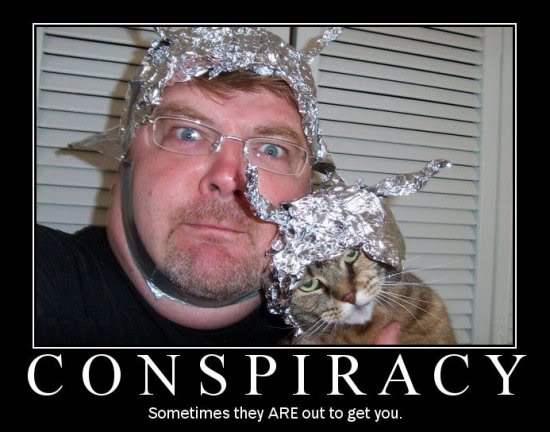 The wilder the Conspiracy Theories, the more people pay no attention to Government and hand them more power in the process. Even then, people attribute such vast long-term knowledge and schemes to these people it is unbelievable. I have worked with people on Capitol Hill, in Europe and Asia. The reason they called me was simply because I understood the game. They only care about the next election – not 20 down the road. Whatever they have to do to protect themselves today they will do and and consequences long-term are never considered. Looking at it from the outside, people assume there is some scheme and begin to attribute wild theories trying to explain a patchwork of self-interest. 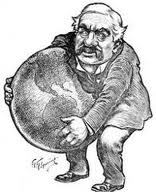 The conspiracy about the Fed being owned by banks is classic. The Fed was supposed to be a backup to bailout banks like JP Morgan did in the Panic of 1907 pictured here. The money supply was to be elastic expanding to ease a panic and stop a bank run without having to dump assets foreclosing on homes, and then contract the money supply when things improved and the bank run was over. The popular conspiracy was JP Morgan wanted to control the entire world and all the money would be his. They seem to always create such aspirations on people like that perhaps out of jealousy.

Stimulation of the economy was to take place by purchasing short-term corporate paper to prevent a contraction. That design made sense and the banks were members contributing capital. Then came World War I and Congress needed to sell bonds and ORDERED the Fed to buy their paper not corporate. They never put the Fed back to its original design. Then someone said INFLATION is causes by an increase in money supply, which is WRONG as QE1-3 has proven. So the Fed was now to sterilize whatever Congress did and that relieved Congress of any responsibility over fiscal management. If you go through each step, you will see that the Fed was NEVER intended to be what it is today. It is always a work in process for with each crisis, Congress only messes things up again. It is always self-interest – not long-term schemes over decades.

I thought a reader put it pretty good.

You are absolutely right. Years ago, I came to the same conclusion as you about conspiracies.

The simple fact is that anyone who works for a large organization has an inherent conflict of interest. Any time they are faced with a choice between what’s good for the public and what’s good for their employer, self-interest dictates that they will choose the employer. It doesn’t matter whether someone works for a government, trade union, corporation, bank, or university. Revealing the truth about dangerous, illegal or unethical behavior – even anonymously – might damage the organization, placing their livelihood at risk. Most people won’t take that chance.

The Penn State child abuse cover-up is a perfect example – it wasn’t really a conspiracy, it was just a lot of people choosing to protect a monster because it served their own self-interest.

This is why Edward Snowden is so remarkable: he was willing to give up everything in order to publicly share the truth. Look what it cost him.

No wonder the rank-and-file employees at big institutions keep their mouths shut about anything that might have a negative impact on their payroll.

The problems we face now are not the result of shadowy cabals, they are the result of countless individuals making perfectly rational and understandable decisions to protect their jobs. Isn’t that why the trend is irreversible? It’s a downward spiral: the worse things get, the more people will do anything to keep their jobs, causing things to get even worse. Isn’t this what you always say? That human nature drives the cycles?

Keep up the great work. You may be the lone voice crying in the wilderness, but you have many listeners.