A Significant Change in Trend 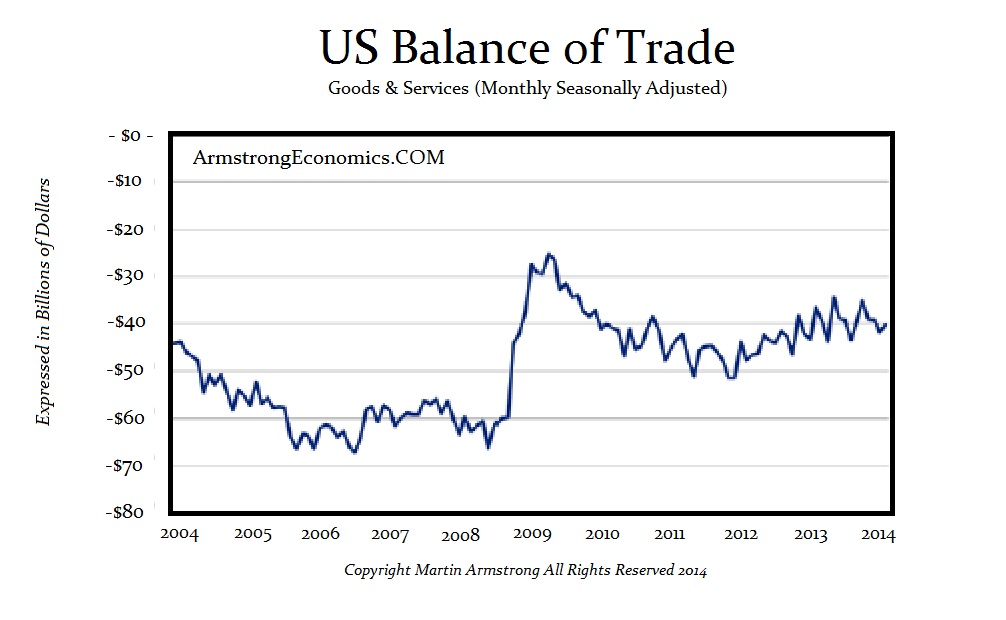 The U.S. monthly international trade deficit decreased in March 2014 according to the U.S. Bureau of Economic Analysis and the U.S. Census Bureau. The deficit actually  decreased from $41.9 billion in February (revised) to $40.4 billion in March as exports increased more than imports. This recovery in the US economy is showing signs of shifting trends that are rather significant for the rest of the world. The goods deficit decreased $0.6 billion from February to $60.7 billion in March; the services surplus increased $0.9 billion from February to $20.4 billion in March. This is reflecting the capital shifts on a global basis as services are now rising. 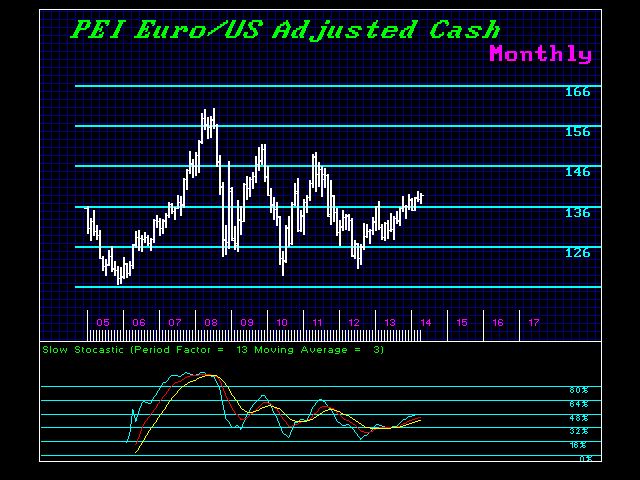 However, if we peel back the vernier that has so convinced many the dollar will be reduced to dust, we see that consumer spending grew at an annualized, inflation-adjusted rate of 3%, however,. Imports of consumer goods declined at a 5% rate. Typically, such moves are often really just currency fluctuations. However, we can see that the dollar has been steady since 2010. Therefore, digging deeper reveals some interesting trends.

Looking at 2011 through the first quarter of 2014, the interesting aspect is we see that imports of consumer goods have grown at less than half the rate of corresponding measures of domestic spending. This is showing several important trends.

(1) the rising level of taxation (including state and local) is reducing disposable income among those who really do consumer cheaper imported goods;

(2) Manufacturers have been bringing their production back to the USA reducing the amount of goods that would otherwise be classified as imports.

(3) the economic recovery has been driven by

(a) the upper class that consumes less and

(b) institutional that consumes even less.

Why is this important? The only thing that is holding up the world economy is the US consumer. As taxes rise and their disposable income declines, so will consumption. We can see from the chart on the US Trade Deficit, the trend ended with the 2007 high in the Economic Confidence Model that is reflected also in emerging markets collapse thereafter. This is putting flesh on the bones of our outlook for a 13 years decline into 2020. Up until 2007, the trend was clear that a 1% growth rate of consumer spending was historically accompanied by nearly a 3% growth rate of spending on imports of consumer goods. There has been a significant shift since 2010 whereby a  3% rise in consumer spending  has been matched by a 5% decline in imports. Consumers are clearly buying less imports as the chart illustrates. We are in the shift that is often seen in the latter part of the 51.6 year Wave that is due to peak in 2032. As imports decline, the dollar has a secret underlying bid on a global scale. This also explains why the Fed can increase the money supply yet it is being absorbed on a global basis – not domestic.

« Geopolitical Chaos
Gold for the Close »