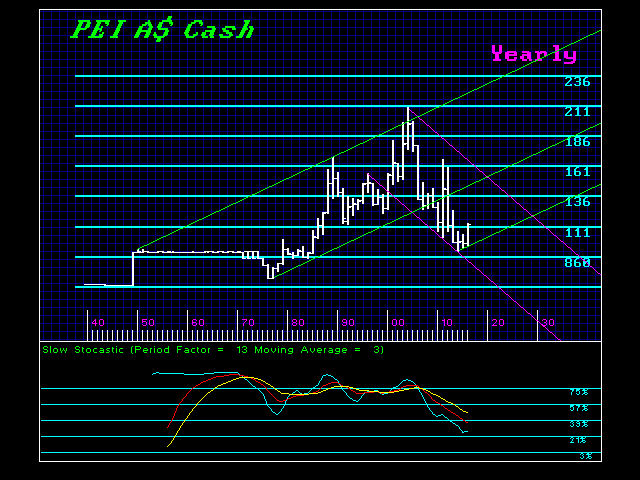 The A$ also shows a decline against the greenback, although not as pronounced as that of the Euro. The key turning points here will be 2016 and 2018, where we should see aggressive volatility.

The key resistance will stand at the 14260 level. Resistance forms initially at the 13525 level and support will be found at the 11215 level. Nevertheless, the peak in the A$ came with the peak in gold during 2011 which was a classic 10 year bear market in the dollar from the 2001 high.

Consequently, it does not appear that we will achieve any major sell signal or buy signal for year-end in this currency.