911 Admixture & the Fourth Branch of Government 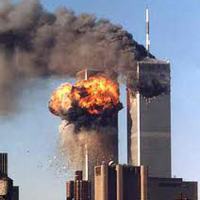 I respect you and your work immensely and I believe I have gone overboard on both my precious metals investment and conspiracies.  However, the main thing that made me this way is that I did take an extensive look at what happened on 911 and found it wanting.  This made me change my entire outlook.  Are you saying that 911 was the result of 19 Muslim fundamentalists acting on instructions from a man in a cave using a satellite phone?  Are you saying that 911 was not a conspiracy?  Even if you don’t post this I would very much like to hear your opinion regarding this matter.

ANSWER: There is an admixture here. There were really terrorists involved. That does not negate the fact that WTC7 and the Pentagon were clearly targets that helped get rid of evidence and stop the investigation into $2 trillion in missing money. It is not an either or deal. What I am saying is I believe they KNEW in advance and used it to extend their power and clean up affairs just as they knew about Pearl Harbor and made up the attack at Tonkin Gulf and let us not forget the Weapons of Mass Destruction they couldn’t find.

All I can say is I do know what happened in MCC. That does not negate the government involvement any more than pretending they didn’t know about Pearl Harbor. The planes that were used could be also controlled from the ground. So I do not believe it was simply terrorist all on their own. I “believe” they used the terrorists as a decoy to achieve other goals. Can I prove that no! This is my OPINION.

What I can state is what happened in MCC. That is NOT speculation, theory, conjecture, or anything else. However, that does NOT say it was purely a terrorist act either. WTC7 fell by itself without anything hitting it and all government employees were evacuated prior to. It appears to be a professional demolition job. As for the “plane” that hit the pentagon (or missile) directly in the room where ALL the evidence was on the missing $2 trillion, is just too coincidental to be believable. I know people who were there and they say no plane debris. That was not the WTC where you could fly into that no problem. This was at ground level. Much more difficult to accomplish.

Those two events raise serious questions about 911. What I am saying is there is more likely than not to be an admixture. The Japanese did bomb Pearl Harbor. It served its purpose to get the US into the war. Americans were very isolationist and were not gun-ho to invade Europe. To get public support, they need some event. The whole involvement of the Fourth Branch of Government is the real conspiracy – not bankers. It is like Venice starting the Crusades. They killed more Christians than Muslims and sacked Constantinople. They used the event to make money. The famous 4 horses in St Mark;s Square stood in Constantinople and were a monument to Constantine where he drove his chariot drawn by the 4 horses.

Iraq was not involved in 911. They used that for Halliburton to make a fortune and then when people began to look – oops they moved to Dubai. Oh that’s right. These corporations are only interested not in money, but world domination. Sorry – follow the money.

« Just for the Record – Fourth Branch of Government
Comment From France »