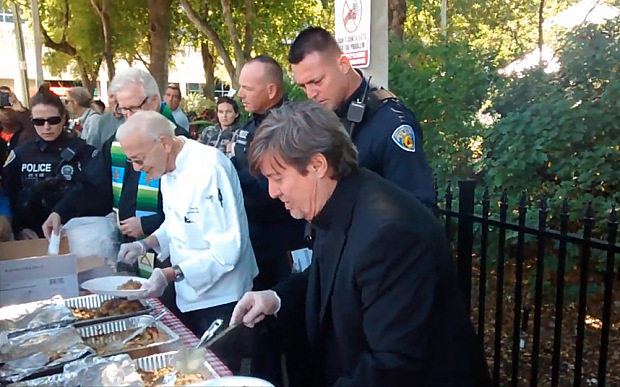 When I say that the laws in the USA have simply gone nuts, this is really an understatement to say the least. A reader from London contributed this article. The Telegraph in London reported what took place in Florida, where two pastors and a 90-year old man were actually arrested for feeding the homeless in public. They now face a 60-day jail term and a $500 fine for breaking a new law passed by the city. The 90 year-old reported that he had a tray of food in his hand and “one of [the] police officers came over and said ‘Drop that plate right now,’ as if I was carrying a weapon.”

You just cannot make up this stuff. And the Democrats cannot figure out that the people are getting pissed-off at who is ever in office? And what about the police? Is this just turning into thugs with badges who just enforce whatever law some nut-job politician writes? What if they passed a Herod type law to curb population and decree that everyone must kill their first-born. When does reason ever return to the police force these days? They no longer protect the people – they protect the politicians against the people.

It looks more and more like a serious political uprising will erupt by 2016 once the economy turns down. That is the magic ingredient. Turn the economy down and you get civil unrest and revolution.