There are gold promoters who made outrageously false advertisements on TV that are just astonishing. They primary theme is somehow gold rises because of monetization and the Fed. They tout the US national debt is $17 trillion and paper money will fall to dust. When you do simple correlations, you see that the claims are just false. The theme that Paper currency is fiat and the national debt alone is reason to buy gold, the numbers do not add up. The debt has exploded by 800% during the decade that followed the 1980 high at $875 on January 21st, 1980.  In fact, the national debt hit almost $1 trillion in 1981 (997.9bil) and by 1999 it reached $5.656 trillion when gold fell to $254. This idea that buy gold because the debt is rising, when it did that for 19 years as gold declined. That is NOT the reason to have gold, it is a hedge against the collapse of government but core economies historically NEVER implode from hyperinflation. They always commit suicide as we are witnessing today. They hunt down people and confiscate their assets.

The other thing they sell is the “logic” would have it that gold cannot possibly decline because of fiat currency or the cost of production, and a host of other issues. Well, in 1970, gold fell BELOW $35 fixed rate at Bretton Woods. That was supposed to be impossible. It took place. The unthinkable ALWAYS must take place to really shake the tree so a new bull run can take place.The unthinkable always happens before big moves.

The 2013 Metals Report goes out tomorrow. 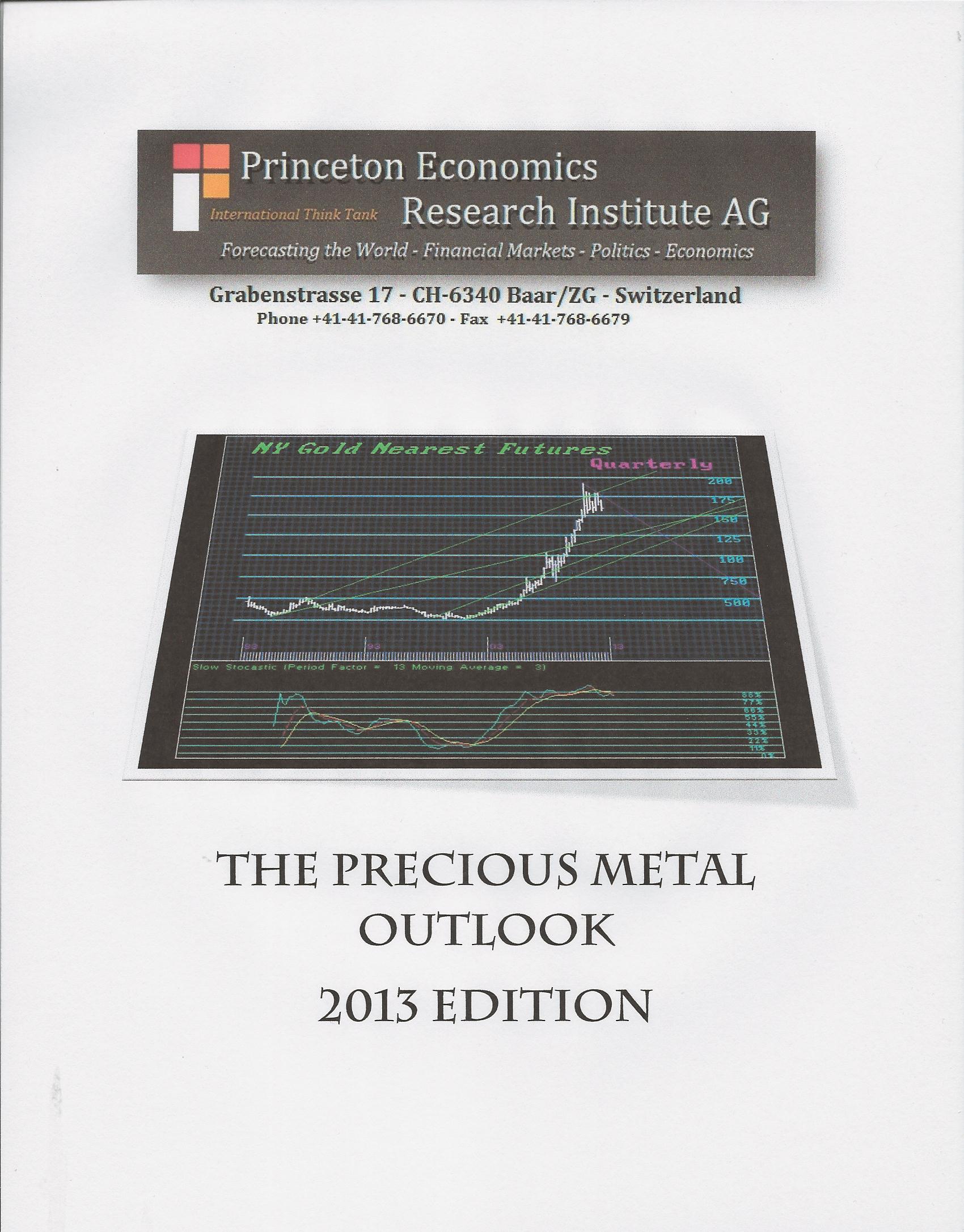