NYSE Closed 1914 – Was it Fear of Liquidation or Capital Flows? 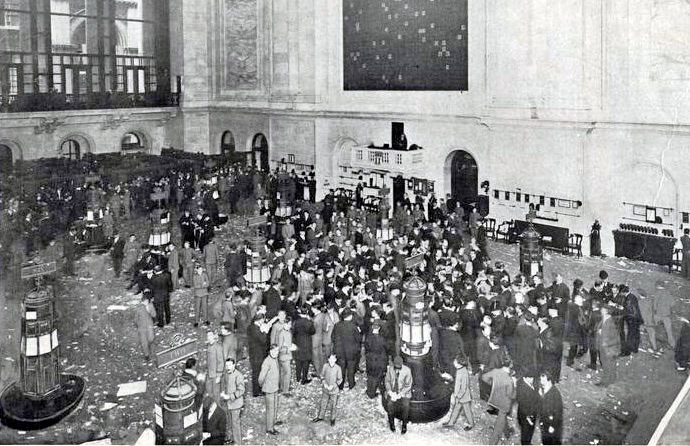 QUESTION: I read that during World War I they closed the stock exchange for several months. Do you think this will take place again? I see few people quote you because you have the facts and they are like Al Gore, just full of hot air. You seem to be the only reliable source so if they do not quote you, they are probably not real.

Thank you so much for your efforts.

ANSWER: There is so much rhetoric out there that is just wrong, only the unbiased would dare quote me for often it is a matter of integrity and trying to figure out what really makes the world tick instead of beating on your chest. If they have something to sell, then there is an agenda. The news channels and newspapers these days are just propaganda machines with an agenda. Look at Fox News and then look at the extremes like the Ed Show. Neither would dare say anything neutral about their hated political parties. They display to the world nothing different from Pravda. Same shit. It ain’t news if you have a spin.

This question is important today for those who want to understand the markets instead of people preaching some financial religion. What you state is true about the closure, yet not the “whole” truth. That event (Panic 1914) caused two major changes.

(1) the NYSE was really closed because of capital flows. There was a massive selling of US securities to take gold back to Europe to pay for the war where gold became more valuable in Europe moving to a premium at first. This is what I mean when I say it is a hedge against government. Gold moved to a premium because you do not know which currency will survive. That flipped and then the capital poured back to the USA when it became clear gold was not even safe in Europe period. Instead of abandoning the gold standard because of the massive drain from Europe, they close the NYSE thinking that would not impact the “image” of the USA abandoning the monetary system. So it was by no means a pure reflection upon stocks – it was capital flows.

The gold promoters have WRONGLY claimed inflation/hyperinflation causes gold to rise whereas in those cases everything rises in value against the currency as in German hyperinflation. This Panic of 1914 you never hear about was a hedge of what I refer to against government. It is a GLOBAL rise in the purchasing power of gold because of uncertainty as to whose currency survives – NOT because of inflation caused by one country that the dollar-haters have transformed this event into. It is WHY I have also stated that the fundamental requirement of a bull market is the rise MUST take place in all currencies. Unless you FULLY understand the REAL historical facts, you will buy on the wrong info and lose your shirt when it declines because you bought for the wrong reason.

(2) When the exchange reopened in 1915, how stocks traded was altered, which is why you will find real data on the NYSE back only to 1915. Previously, stocks traded in dollars, but the quotes were expressed as a percentage of the stock’s par value. Therefore, prior to 1915, stocks traded like bonds say 95 was 5% below par. Beginning in 1915, the NYSE reopened and traded at “market value”.