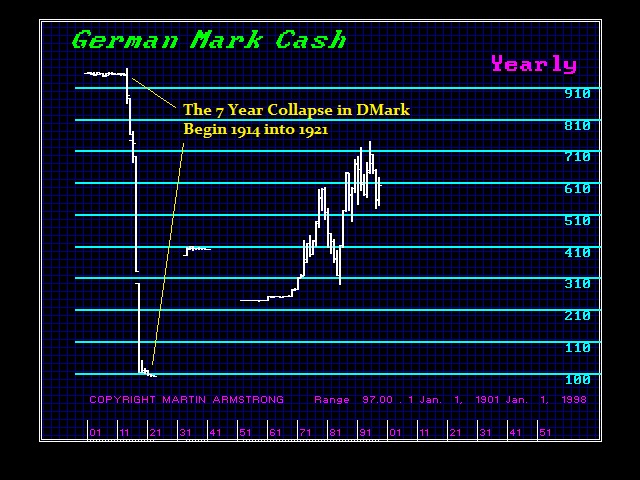 The nice think about our clients is the global diversity. From Germany, a reader informs us about the claims for the 1906 San Francisco earthquake also send capital flows pouring from German insurance companies to California. Indeed, the economic trends in Germany were set in motion at this time as well. I can confirm that there was a deflationary decline that certainly contributed to World War I. I have stated that when the economy does well, everyone is fat and happy. When the economy turns down, government are desperate to create war for the alternative is civil uprising against their policies. With this distinct trend in mind, now read what was sent in from Germany.

Not just from East to West but also from Europe to SF: Munich Re and Allianz provided the bulk of reinsurance money to rebuild the city. I have to check again how much it was but it was such an amount of capital that Munich and even Germany started suffering from deflation. Maybe one more of the many reasons that eventually led to war in 1914.
Categories: Uncategorized