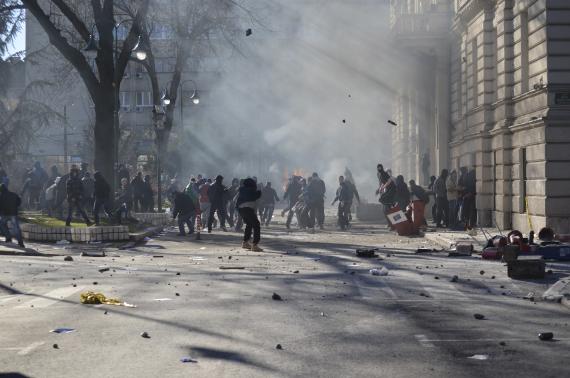 Anti-Government protests are spreading as government corruption has reached a level of frustration caused by the economy increasing the pressure around the globe. Now across Bosnia we are seeing civil unrest that manifested in setting fire to government buildings as protesters are clashing with riot police. This has been a long brewing anger on a global scale since 2007 and in Bosnia we are seeing this rise as the lack of jobs has been the big issue. Governments are consuming way too much of the national resources and there has been political inertia with respect to any recognition of what is going on economically. This is the worst civil unrest in Bosnia since the famous 1992-95 war.