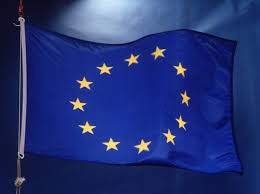 QUESTION: Does Europe have the same cultural differences that the United States has between regions?

ANSWER: Absolutely. This is part of the problem that we face for as the economy gets worse, those cultural differences will be the source of political unrest and fragmentation. If you look at the nations of the former Soviet Union, religion is very intense. When you create laws against religion as the Communists did, you create an underground religious fervor. Consequently, there is a huge difference between the Eastern states joining the Euro and the West. This was exposed in the recent referendum in Croatia, in which 66% of its population supported a constitutional ban on gay marriage. This illustrates the huge divide between East and West in the Eurozone. The centre-left Croatian government of prime minister Zoran Milanović has supported same-sex marriage. The petitioners favoring a ban got the required 10% or more of registered voters to put the issue to a referendum and the majority rejected the state position. So Europe has similar dividing problems.