The Coming Cycle Inversion in Metals

I have followed your work for years and thank you very much for the public service you perform on a weekly basis. We have been forewarned on repeated occasions about major turns in the World due to your outstanding work on Cycles and the ECM. Here is my question. In early 2014 can you do a 10 year forecast based on your Cycles and ECM work that spans the years 2014 through 2024?During that time there will be two peaks in the ECM, one on October 1, 2015 which you have written extensively about and another one in early May 2024. It would be interesting to see if you believe that the May 2024 peak is as significant as the October 1, 2015 peak and by the way the last peak in February 2007 … 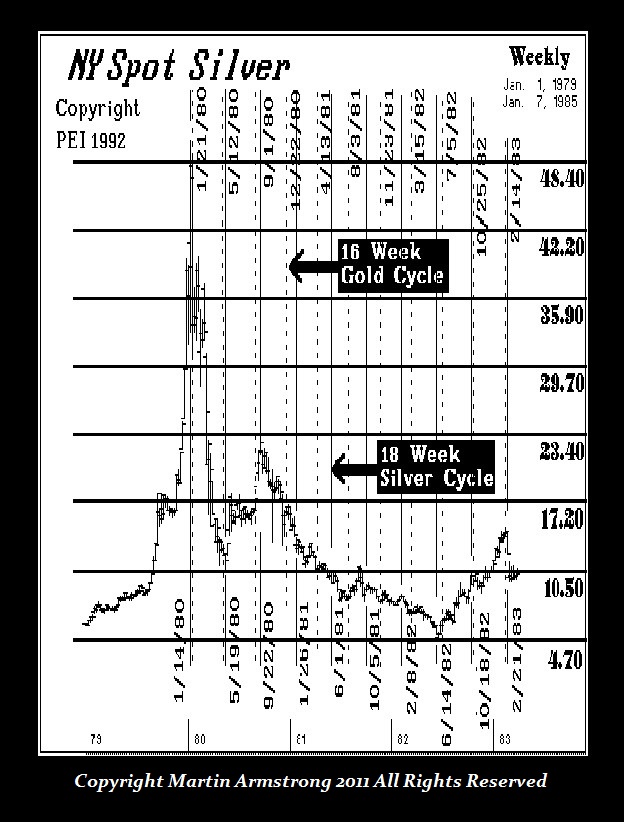 ANSWER: We are going into the last two 8.6 year waves of this Private Wave that peaks in 2032. Several things will happen. First, each turn in the 8.6 year wave builds in volatility and intensity. Therefore, each one will be stronger than the previous. In the upcoming Precious Metals Report for 2014, I am providing a focused discussion on the Cycle Inversion. Here you can see that the metals began producing highs on their unique cycle going into 1980. They inverted whereby the event flipped and on the very same turning point it now produced a low by 1982. This CONFIRMED a bear market.

We will be explaining all the issues and how the cycle should invert relative to the ECM. We will deal with the various issues concerning gold as a viable hedge against inflation that has been perhaps the biggest myth next to fiat. This is especially critical given the international attack on the gold trade to suppress its USE not PRICE in an underground economy and why coins may be the only viable way to hold gold. 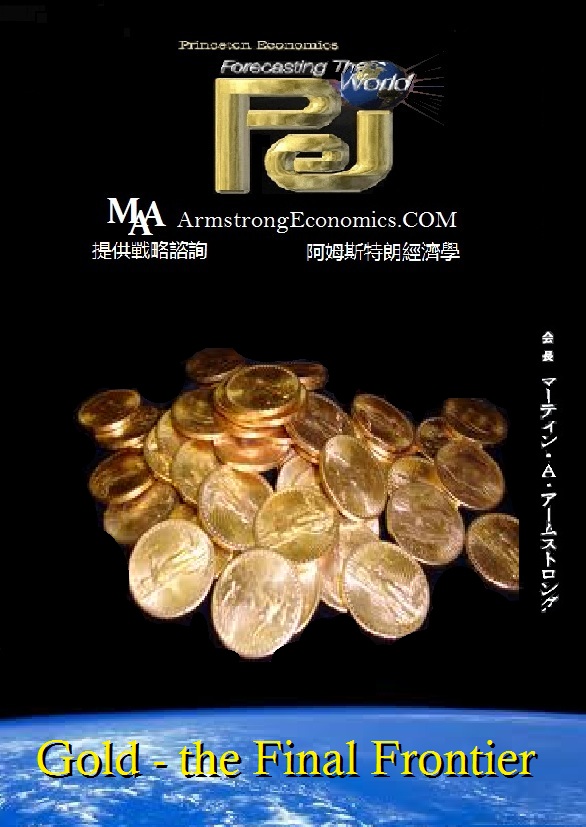