Relationships Are Never Constant – Everything Fluctuates

COMMENT: “You go on and on, in article after article, saying money is not tangible and never has been.  Then, you say in some kind of Mad Max world, gold will be worthless — Rice/food will be money! Rice is not tangible????? Your ideas may be good, but your explanations are convoluted, contradictory and often incoherent.

REPLY: Because you expect a single explanation for some relationship that is fix. Nothing but nothing is ever a fixed entity. You say rice is “tangible”. But rice has no value unless it is cultivated. The ONLY medium of exchange is labor. You will pay me to do something. The medium of exchange is whatever object of desire but at the root of this derivative is still labor. The first is always food. As society emerges, it then becomes useful objects. In the third stage it becomes luxury goods such as gold, art, or even clothing. Before, gold was viewed as the tears of the sun. It was fit only for kings and served no purpose whatsoever in commerce. ONLY as supply increased (Say’s Law) did it become COMMON enough to be a medium of exchange. 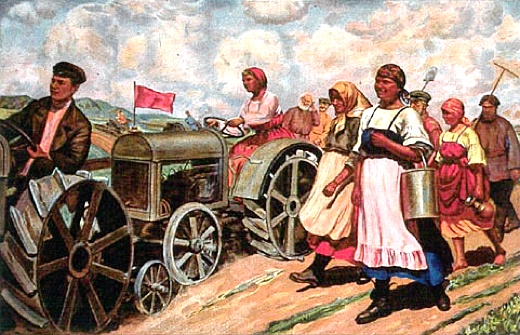 Warehouse receipts were money in Egypt until Alexander the Great conquered them and introduced coins in 334BC. They had the earliest form of paper money long before the Chinese. That was “representative” of food in storage whose value was based upon labor. Karl Marx understood this aspect but tried to flat-line the economy reducing it to just labor. Commodities have NO VALUE unless labor was involved. This is what inspired Marx but he ignored the fact that you can move from the essential elements of food and graduate to the land of luxury.

Even Aristotle wrote about the people who made money from money. He was complaining about a market economy that influenced Marx. Cicero warned Rome would go bankrupt because it was importing silks at tremendous export of gold and silver to China in 55BC.

So if you want to nitpick – at the root money is labor for gold has no value unless mined and the same can be said about the silk the Chinese sold to the Romans. And by the way, the term that a Roman Emperor assumed “the Purple” refers to the fact that the imported dye so impressed the emperor that he decreed no other person could wear purple except the emperor. In the Catholic Church during advent the priest wears to this day purple vestments.

So sorry if you see that the lack of a single fixed relationship that never changes is somehow incoherent. The same is true of the silver/gold ratio. That too cannot be constant. Everything fluctuates and no relationship is ever fixed.