Can money be Intangible?

QUESTION: OK you were right about gold. But your idea that money can be intangible without inflation I am not sure about. Are there any examples? 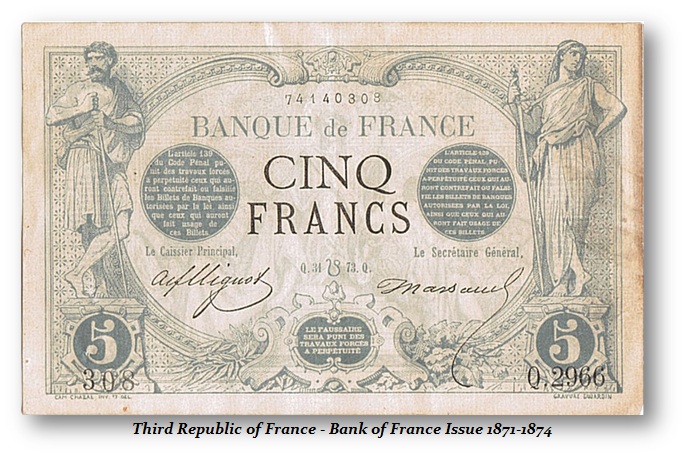 ANSWER: Plenty. Aside from the fact that money was ALWAYS intangible in Asia and in Ancient Egypt before Alexander the Great’s conquest in 334BC, there are examples in Europe as well. One such example is actually France. The French Government, in the Franco-Prussian War (1870), issued inconvertible paper currency where the Bank of France conducted the issue so successfully that the notes never depreciated more than about one half of one per cent. There are other examples as well that will be the subject of a book on this subject. So there are examples where management of inconvertible paper is possible.