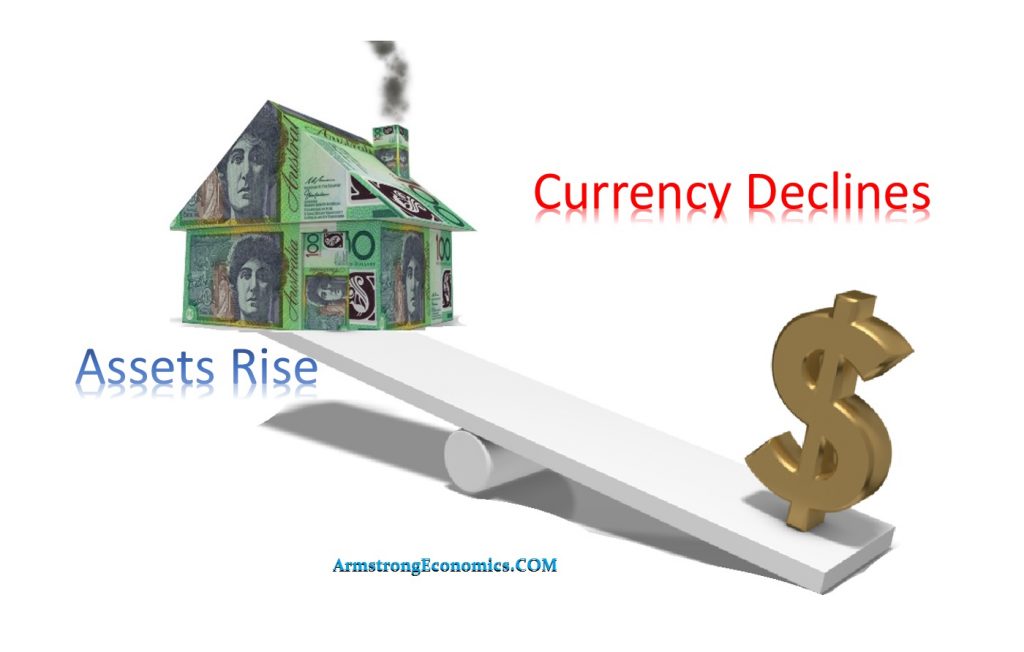 I bought ‘The World Real Estate Report’ at the end of 2016. It stated that Australian real estate was going to fall after the first quarter (March) in 2016. The property prices in Melbourne (where I live) continued to rise in April 2016 so I sent an email to Socrates Support asking them when real estate should peak. I received the reply below, which stated that the peak was either in for global real estate or the latest by the end of the first quarter 2017.

Anyway, since I owned a tiny house in Melbourne, I was facing a difficult decision if I should sell or not since it would be impossible to buy back in if the prices continued to go up.

I have been reading your blog daily since 2012, and I have read all of your forecasts being correct (eg. the Dow continuing to go up, US Index going up, Brexit, Trump winning). I also bought your Gold report in 2014 and watched gold bottom (Dec 2015) correctly for the date and price on the first benchmark, truly an unbelievable forecast.

Based on your track record I decided to sell my property at the end of the first quarter (March 2017), for which I received a fantastic price.

I’m happy to inform you that prices have been falling since the 3rd quarter of 2017.

I just wanted to congratulate you on another correct forecast.

REPLY: We all need a place to live. Governments are attacking real estate thinking it is too high and they need to make it more affordable for others to buy. They fail to understand that when they do that, the wipe out the savings dor retirement for others. Raising taxes to support government pensions is morally wrong and economically a disaster. There really should be some qualification to be a politician who them plays with people’s lives.